Lewis Hamilton has won the last three races to move to within 12 points of his Mercedes teammate Nico Rosberg, who is currently leading the Formula One drivers' world championship. 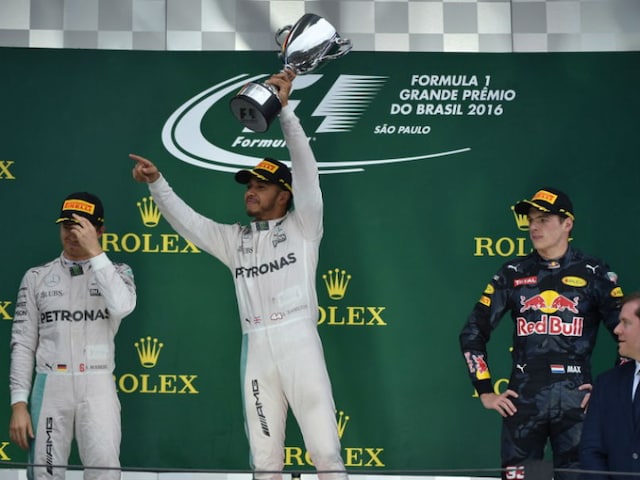 Lewis Hamilton may face "impossible odds" but has vowed to "give everything" to stop Nico Rosberg winning the Formula One drivers' world championship at the season-ending Abu Dhabi Grand Prix on Sunday.

Hamilton has won the last three races to move to within 12 points of his Mercedes teammate Rosberg.

But Rosberg only needs a top three finish this weekend to clinch his maiden title and stop Hamilton from becoming the first British driver to be crowned a four-time Formula One world champion.

Hamilton, who drove superbly in the wet to finish first at the Brazilian Grand Prix, was in no doubt of the scale of the task he faced, telling the formula1.com website: "It's not been a perfect season and I'm faced with pretty impossible odds no matter what I do this weekend.

"I can't and won't give up. You never know what might happen -- however unlikely it may seem," added Hamilton, plagued by reliability issued earlier this season.

"I'll be proud of myself and what I've achieved as long as I feel I've given my all and performed at my best. Whatever happens, I'm proud of everyone who's been a part of the success we've shared over the past few years.

"I'm approaching this weekend the same as I do every race. I want to win and I'll give it everything to finish the season on a high."

Meanwhile Rosberg, bidding to emulate his father Keke, the 1982 world champion, said: "In Brazil, after the race, I was joking that I would still be taking things one race at a time, but the more I think about it, the more that's actually not as crazy as it sounds. I have to treat this like any other race."

The German added: "Nothing in this sport is easy, so this won't be any different and I still have to go all out for a good result.

"I have great memories from winning at this track last year and it's somewhere I've usually been strong in the past, so I have every reason to feel confident."

Comments
Topics mentioned in this article
Lewis Hamilton Nico Rosberg Mercedes Abu Dhabi Grand Prix
Get the latest Cricket news, check out the India cricket schedule, Cricket live score . Like us on Facebook or follow us on Twitter for more sports updates. You can also download the NDTV Cricket app for Android or iOS.