Lewis Hamilton's journey from his humble roots to become Britain's most successful racing driver will enjoy another surge on Sunday if, as expected, he sees off the challenge of Mercedes teammate Nico Rosberg in the season-concluding race in Abu Dhabi. 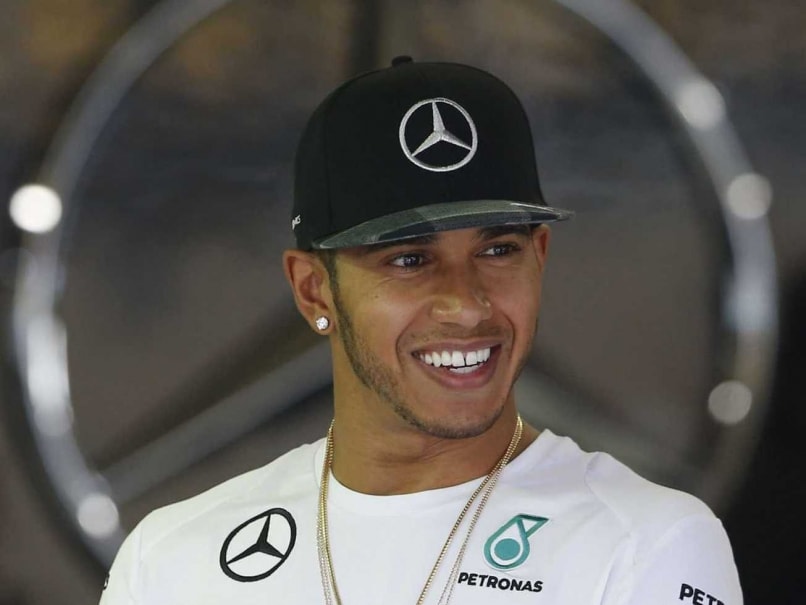 From anonymous middle England to a life of fabulous riches, Lewis Hamilton has come a long way!© AP

From anonymous middle England to a life of fabulous riches, a rock star girlfriend, a scarlet red private jet and the brink of a second Formula One world title. (Also read: 'Michael Schumacher is paralysed and speechless')

Lewis Hamilton's journey from his humble roots to become Britain's most successful racing driver will enjoy another surge on Sunday if, as expected, he sees off the challenge of Mercedes teammate Nico Rosberg in the season-concluding race in Abu Dhabi. (Jules Bianchi out ofcoma, back in France)

Born on January 7, 1985, Hamilton never had any doubts about where his future desires would take him once his influential father Anthony brought him a remote-control car.

Hamilton senior recognised that his son's childhood passions could translate eventually into a dazzling career -- he remortgaged the family home and took a string of jobs to fund the youngster's passion.

They were the roots of a fortune which has now yielded an estimated £68 million, a romance with pop singer Nicole Scherzinger as well as the modern-day confirmation of having 'made it' -- 2.46 million Twitter followers.

When he was just 10 years old, Hamilton, never one to lack self-confidence, famously approached McLaren team principal Ron Dennis and and told him: "I want to race for you one day .... I want to race for McLaren."

Three years later, McLaren and Mercedes-Benz signed him to their young driver programme and he has not looked back.

Titles in karting, British Formula Renault, Formula Three and GP2 championships paved the way for a seat with McLaren in 2007.

One year later, he was, at 23, the youngest world champion in history after a dramatic fifth-place finish in a rain-soaked, chaotic Brazilian Grand Prix allowed him to write his name into the record books with victory by one point.

Tattooed and an unabashed devotee of bling, Hamilton divides fans and rivals alike.

His refusal to defer to double world champion Fernando Alonso during his McLaren days marked him out in the paddock as fiercely single-minded.

Some interpret that trait as petulance bordering on arrogance although a need to abandon introspection is a prerequisite for any self-respecting racing driver who spends his Sundays chasing victories at 300k/mh.

Others put Hamilton's divisiveness down to his conditioning in his McLaren days.

"If they were a colour, they would be grey. They suck the personality out of their drivers. Spontaneity is anathema to them. If they are about one thing, it is control," wrote British journalist Oliver Holt in the Daily Mirror.

At Mercedes, the team he joined for the 2013 season, Hamilton's relationship with teammate and friend Rosberg has stretched to the brink of collapse by clashes at Monaco and an on-track collision at Spa.

Hamilton has thrived on such controversies with Rosberg appearing to lose the physical battle on the circuit and the mental duels off it.

When Hamilton won in the United States last month, it was his fifth straight win, 10th of the season and took him past Nigel Mansell's record of 31 wins by a British driver.

"I'm not changing my mindset. I just want to improve, not change," said Hamilton.

"I'm driving better than ever this year, and I hope that's obvious to everyone. I'm confident if I continue to do what I'm doing, and there are no doubts in my mind."