Seven-time Formula One champion Lewis Hamilton has been knighted in Britain's New Year Honours list after he equalled Michael Schumacher's record of most F1 title wins this year. 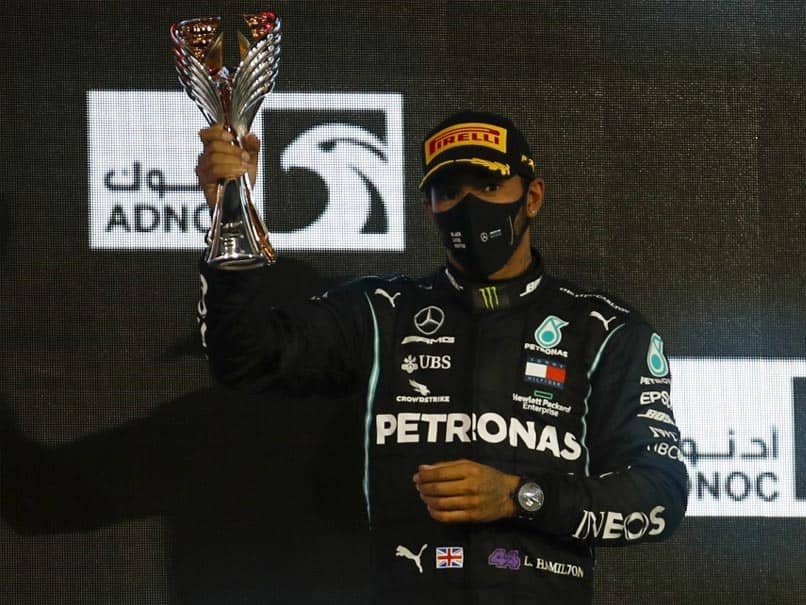 Lewis Hamilton has been knighted in Britain's traditional New Year Honours list after equalling Michael Schumacher's record of seven Formula One world titles. The list recognises outstanding achievements in various fields including showbusiness, sport and politics, as well as the contributions of a larger number of everyday citizens. There are many awards this year for those seeking solutions to the problems posed by coronavirus as the pandemic drags on. Hamilton, 35, surpassed Schumacher's record number of career race wins during a stellar season in 2020 that was shortened due to the coronavirus pandemic.

A group of British lawmakers last month called on Prime Minister Boris Johnson to recommend the driver for a knighthood.

Hamilton, who lives in Monaco, has faced scrutiny in the past over his tax arrangements but has insisted he pays a substantial amount of tax in Britain.

The Mercedes driver has become an outspoken supporter of equality, diversity and the environment this year and made several strong human rights statements related to democracy and racism.

Former Leeds Rhinos rugby league player Rob Burrow has been made an Member of the Order of the British Empire (MBE).

Burrow, 38, was diagnosed with motor neurone disease in December last year. His MBE is in recognition of services to his sport but also for raising MND awareness.

Burrow said: "(The year) 2020 has taught us all to appreciate the gifts we have and it is my honour and privilege to accept this award on behalf of all the MND community.

"I hope it gives people hope that we are not ignored and the drive for more research and support to end MND will not stop."

Also included in the list are former footballers Jimmy Greaves and Ron Flowers, who are the last surviving members of England's 1966 World Cup-winning squad to be honoured. They have been made MBEs.

Bob Champion, who won the 1981 Grand National on Aldaniti while recovering from cancer, has been made a Commander of the Order of the British Empire for his charitable work at the Bob Champion Cancer Trust.

Exeter director of rugby Rob Baxter, whose team completed a domestic-European double last season, has been made an Officer of the Order of the British Empire, while the team's captain, Joe Simmonds, is made an MBE.

Lewis Hamilton Michael Schumacher
Get the latest updates on India vs Australia Series, check out the India vs Australia Schedule for 2020-21 and Ind vs Aus live score . Like us on Facebook or follow us on Twitter for more sports updates. You can also download the NDTV Cricket app for Android or iOS.