Sauber Chief Demands Action to Save Formula One From Serious Crashes

In the wake of the double withdrawal of Caterham and Marussia, leaving only nine teams on the grid for this weekend's United States Grand Prix, Sauber team chief Monisha Kaltenborn said she has no doubt about how serious the threat to the sport is - and who must take responsibility. 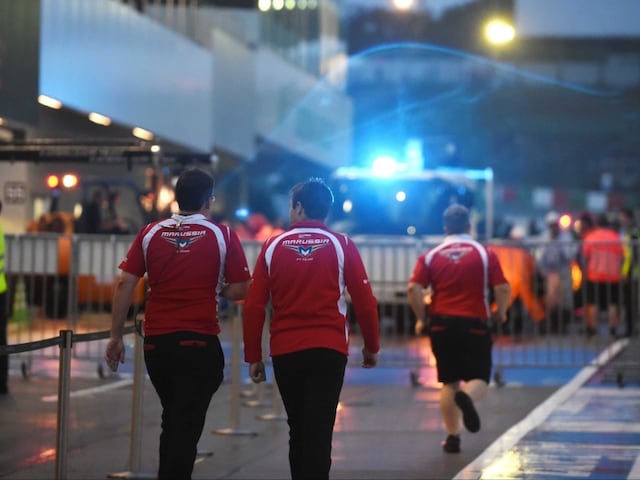 Marussia team officials walk towards the parc ferme as the race car of Jules Bianchi of France returns to the pit after a crash during the Formula One Japanese Grand Prix.© AFP
Austin:

Sauber team chief Monisha Kaltenborn wants governing body the FIA to "do its duty" to save Formula One from suffering a self-destructive serious crash crisis.

In the wake of the double withdrawal of Caterham and Marussia, leaving only nine teams on the grid for this weekend's United States Grand Prix, Kaltenborn said she has no doubt about how serious the threat to the sport is - and who must take responsibility.

"I think some stakeholders, or people, are just not willing to understand where the problems lie," she told reporters at the Circuit of the Americas. "For me, I think I am beyond the stage of frustration.

"First of all, I am very disappointed, because it is one thing to always talk about this terrible scenario that some teams are not going to be there.

"But that the sport as such and the people responsible for the sport have let it come this far is extremely disturbing. For me, it is the duty of our federation to take some action

"This is a sport under their ruling. They have outsourced the commercial aspects to it, which is fairly normal, but we are a part of the FIA.

"We are under their governance and this can be very much part of the governance. It is for the FIA to see if something has been done that is damaging the sport. And that is very much the responsibility of the FIA."

This weekend's 18-car grid in Austin will be the smallest in Formula One since the 2005 Monaco Grand Prix.

Asked what could be done to change the prize structure which is controlled by commercial ring-master Bernie Ecclestone in individual deals with each team, she said: "There is no contract that you cannot change and what is a contract worth when you see what is happening to the sport?

"The way we are going, it is definitely going to harm the income at some point of time.... I don't think the way it is will last for many years to come.

Comments
Topics mentioned in this article
Sauber Formula 1
Get the latest Cricket news, check out the India cricket schedule, Cricket live score . Like us on Facebook or follow us on Twitter for more sports updates. You can also download the NDTV Cricket app for Android or iOS.