Jehan Daruvala is aiming to become the third Indian after Narain Karthikeyan and Karun Chandhok to race in Formula 1. 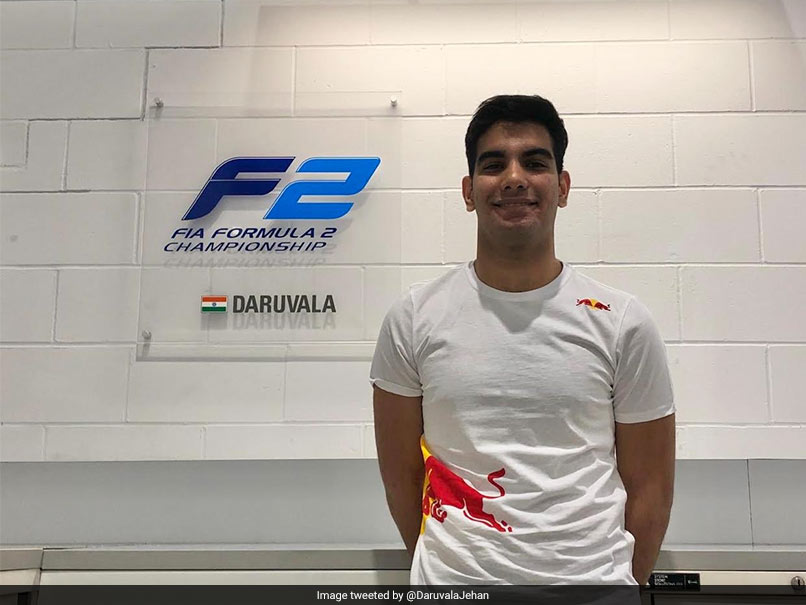 Jehan Daruvala on Friday took a big step towards realising his Formula 1 dream with four-time champions Red Bull Racing inducting the young Indian driver into their junior program. The Red Bull junior program has played an instrumental role in the rise of Sebastian Vettel, with whom the team won four titles from 2010-2013, Daniel Ricciardo, Alex Albon and the outfit's current star Max Verstappen. It was also announced that the 21-year-old from Mumbai will return to Carlin Racing for his maiden stint in the FIA Formula 2 Championship, which runs alongside the Formula 1 season.

Daruvala, who is aiming to become the third Indian to race in Formula 1 after Narain Karthikeyan and Karun Chandhok, knows the association with Red Bull brings added pressure but he is ready for the challenge.

"Red bull approached me at the end of last year and it is a big honour to be associated with them. Yes, there is added pressure but I have come to a stage where I don't let it get the better of me," an ecstatic Daruvala told PTI.

The Indian finished an impressive third in the Formula 3 Championship last season, missing out on the second spot by just one point.

He was also in the title running for the major part of the season alongside Prema teammates Marcus Armstong and Robert Shwartzman, who eventually won the championship by a comfortable margin.

Daruvala returns to Carlin for his first season in Formula 2 after having an ordinary time with them in Formula 3 in 2018 when he finished 10th in the Championship.

"They are a good team in Formula 2 and I am looking forward to the challenge. I obviously need to perform but at this stage, I want to take things as they come," Daruvala said.

"It's great to be working with some of the same people again on the engineering side (at Carlin) as I make the step up to F2. It's a new challenge for me and there will be things to learn," he added.

Daruvala's single seater journey began in 2015 when he earned multiple podiums in his maiden season in Formula Renault. In 2016, he was runner-up behind Lando Norris in the Toyota Racing Series.

He became the first Indian to win an official Grand Prix, when he won the 2017 New Zealand Grand Prix.

He moved to the F3 European Championship in 2017 and 2018, collecting eight podiums in the process. Daruvala will be on track in Red Bull colours for the first time early next month when he takes part in official testing at the Bahrain International Circuit from March 1-3.

Bahrain will also host the first race of the season from March 20-22.