Red Bull driver Daniel Ricciardo had qualified on pole and led the Monaco Grand Prix at the start but a pit-stop error made the Australian finish second to Lewis Hamilton. 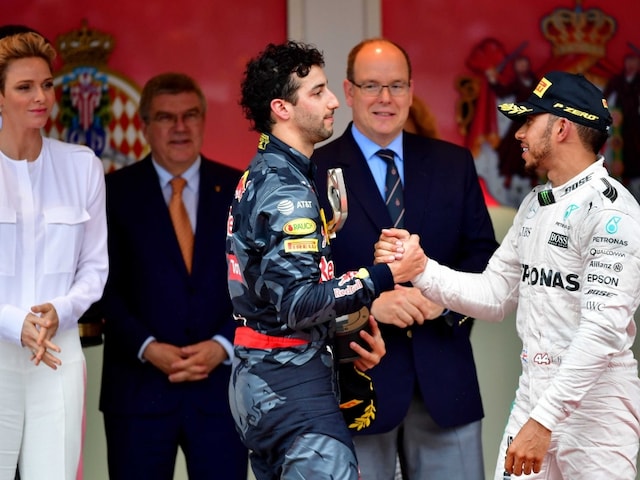 Marko, who rarely speaks to the media, took a role normally filled by team chief Christian Horner after races when he told Sky Sports television that the mistake was a human error.

"We presented it to Mercedes," he said. "Unfortunately, a lot of misunderstanding and not the right communication.

"We will investigate and find out, but it was a human mistake. I feel really sorry and all I can do is apologise to him."

Ricciardo said: "I guess, from the outside, we put on a show, but it shouldn't have been exciting. Two races in a row, I've been screwed

A miscommunication leaves Daniel waiting for tyres at the pitstop. Back out behind Hamilton and hunting hard! #MonacoGP #F1

"I got called in to box. I didn't make the call They should have been ready."

The incident reversed the team's fortunes after the Spanish Grand Prix where the two Mercedes drivers collided on the opening lap and gifted victory to debutant Dutch teenager Max Verstappen.

Ricciardo was prevented from triumphing in that race when he was put on a less competitive strategy.

Comments
Topics mentioned in this article
Red Bull Mercedes Daniel Ricciardo Lewis Hamilton Monaco Grand Prix Monte Carlo Formula 1
Get the latest updates on IPL 2020, check out the IPL Schedule for 2020 and Indian Premier League (IPL) Cricket live score . Like us on Facebook or follow us on Twitter for more sports updates. You can also download the NDTV Cricket app for Android or iOS.