Nico Rosberg, The Prince Born to be F1 King

Nico Rosberg, the son of 1982 champion Keke arrives for the Abu Dhabi Grand Prix with a very real shot at his own world title. 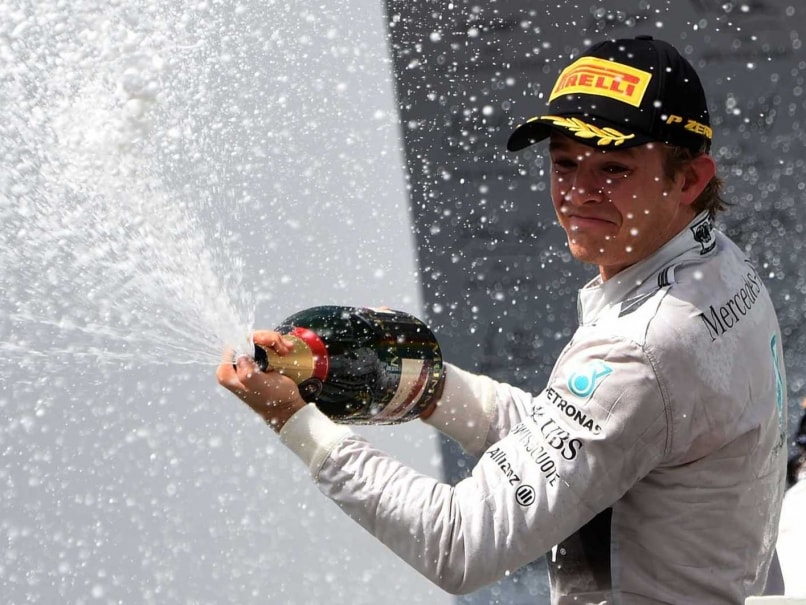 Nico Rosberg was born to race, sitting in a car for the first time aged four.© AFP

Nico Rosberg's first recollection of Formula One came in Monaco when, asleep on a yacht in the harbour, he was awoken by the sound of Ayrton Senna's McLaren screaming through the tunnel. (Also read: Lewis Hamilton speeds to gold and glory)

Fast forward to 2014 and the son of 1982 champion Keke arrives for the Abu Dhabi Grand Prix with a very real shot at his own world title. ('Schumacher is paralysed and speechless')

He won't care a jot but should he prevail over Mercedes teammate Lewis Hamilton on Sunday he will inevitably go down in F1 history as the lucky 'double points' champion.

In any normal season, Hamilton, who holds a 17-point lead, would only need to take sixth to guarantee his second title, even if Rosberg won the season-closer.

But with controversial double points going to the winner this year, victory in the Gulf desert for Rosberg would see him claim the drivers' crown if Hamilton slips up and finishes no better than third.

Win or lose, no one can deny Rosberg hasn't played his part in a season which pushed his boyhood friendship with Hamilton almost to breaking point.

With his ice-cool exterior, Rosberg is the antithesis of the far more demonstrative Hamilton.

He has needed all his reserves of sang-froid to deal with a season dripping with drama, most of it served up by the Mercedes men.

A simmering on-track feud threatened to boil over in Monaco, and duly did after incidents in Hungary and Spa, when he came under attack for hitting his teammate's car.

Booed by the fans at Spa and Monza, Rosberg won himself back many admirers with his professionalism and consistency at Interlagos last time out, when he backed up his tenth pole of the year with his fifth win of the season to set up Sunday's decider.

Unlike Hamilton, he was born to race, sitting in a car for the first time aged four, with Keke in the passenger seat.

With the guiding presence of his Finnish father, the Wiesbaden-born Rosberg graduated from karting to claiming the GP2 crown in 2005.

He was given his F1 break by Williams the next year, scoring points on his debut in Bahrain when his then teammate Mark Webber coined the nickname 'Britney' (Spears) for his popstar good looks.

Given what has taken place this season it was only fitting that Rosberg shared his first ever podium, a third in 2008, with Hamilton.

He linked up with Mercedes in 2010, constantly out-performing seven-time champion Michael Schumacher, and winning the first of his eight races in China.

Already this year he has married his girlfriend Vivian Sibold, seen his country win the World Cup, and signed a new contract with Mercedes -- all that's left now is the little matter of a debut world title.

Asked once what effect having Keke as his father had made he replied: "For me it was a normality having a father who was a world champion.

"I grew up with that, so it was never an extra pressure. And I've never felt the need to emerge from his shadow."

That might change in the sunshine of Abu Dhabi.

Comments
Topics mentioned in this article
Nico Rosberg Formula 1
Get the latest updates on IPL Auction 2023 and check out  IPL 2023 and Live Cricket Score. Like us on Facebook or follow us on Twitter for more sports updates. You can also download the NDTV Cricket app for Android or iOS.