Nico Rosberg Baffled at His Lack of Speed at Monaco GP 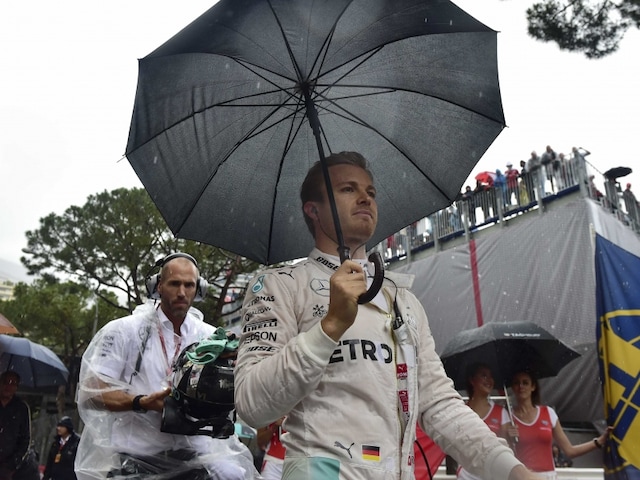 Nico Rosberg on the sidelines of Monaco GP on Sunday.© AFP

Nico Rosberg was left baffled by his lack of pace and a costly pit stop that wrecked his hopes of claiming a fourth consecutive victory in the Monaco Grand Prix, won by his Mercedes team-mate Lewis Hamilton on Sunday.

The 30-year-old German, who leads defending champion Hamilton by 24 points in this year's drivers' world championship, finished seventh in his home event.

"I'm disappointed with today," he said. "I wanted to win my home race and I didn't manage it.

"Definitely, I'm baffled by that lack of pace initially I just felt completely, I don't know what, no confidence in the beginning on those tyres.

"And then it just didn't go my way in the pit-stops. We had an issue at the pit-stop. As a result of that, I got traffic so I had to hold -- and lost even more time and places as cars just went by. And when you're behind cars in Monaco, that's it."

He said he had no argument with the team's request for him to move over and allow Hamilton to pass him during the first phase of the race.

"It was pretty simple, I was very far off the pace and Lewis still had a chance to win the race, quite clearly, as he did," he said.

"It was quite straightforward from the team, give the other guy a chance to win the race. It was painful, but quite simple at the time."

He added that he was disappointed also to lose sixth place to fellow German Nico Hulkenberg of Force India on the final lap.

"He had soft tyres on, so he had a lot more rubber left," said Rosberg. "I was on the ultra-soft and the rubber was finished at the end."

Comments
Topics mentioned in this article
Nico Rosberg Mercedes Monaco Grand Prix Formula 1
Get the latest updates on IPL 2020, check out the IPL Schedule for 2020 and Indian Premier League (IPL) Cricket live score . Like us on Facebook or follow us on Twitter for more sports updates. You can also download the NDTV Cricket app for Android or iOS.