Force India have agreed to release Nico Hulkenberg from the contract with team boss Vijay Mallya on Friday confirming the same. 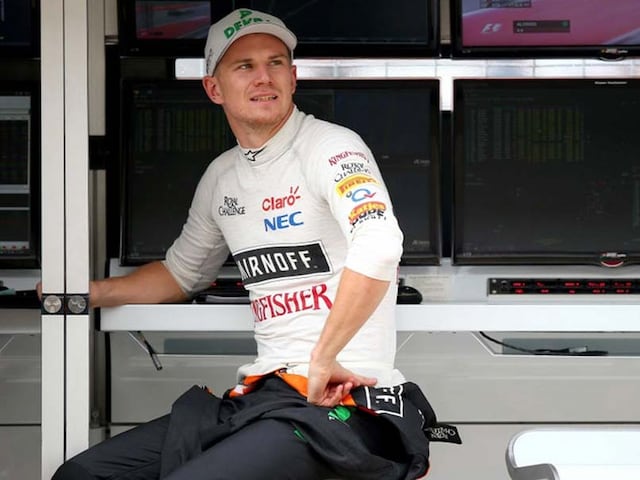 Nico Hulkenberg is reported to have signed a two-year deal with Renault.© AFP

German driver Nico Hulkenberg is set for a move to Renault next Formula 1 season after spending five years at Force India.

Force India have agreed to release Hulkenberg from the contract with team boss Vijay Mallya on Friday confirming Hulkenberg's departure.

"Having spent five years with us, Nico has become a great friend and contributed a huge amount to the team's success. He's an outstanding driver, who has scored more points for this team than anybody else. While it's true we will miss Nico, we respect his decision to explore fresh opportunities and it would be wrong to stand in his way," said Mallya in a statement.

Hulkenberg is reported to have signed a two-year deal with Renault, who returned to the grid as a factory team this season.

The Enstone-based outfit might have fared below expectations with just eight points to show this year but Hulkenberg has made his decision believing in the long-term ability of the team.

Despite being highly rated and scoring bagful points for Force India, the 29-year-old was unable to stand on the podium whereas his teammate of last three years, Sergio Perez, stood on it four times.

He joined Force India as a reserve in 2011 before securing a race seat the following year. In 2013, he moved to Sauber only to return to Force India for the next three seasons.

Hulkenberg is currently ninth in the driver standings with 54 points, behind teammate Perez, who is lying in eighth spot with 80 points including a couple of podiums.

Comments
Topics mentioned in this article
Nico Hulkenberg , 1987-08-19 , Germany Force India , 1900-01-01 , India Formula 1 , 1900-01-01 ,
Get the latest Cricket news, check out the India cricket schedule, Cricket live score . Like us on Facebook or follow us on Twitter for more sports updates. You can also download the NDTV Cricket app for Android or iOS.