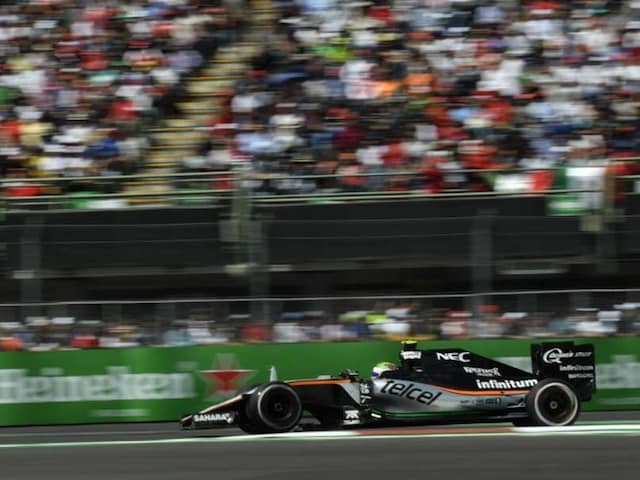 Force India now have 145 points, nine more than closest rival Williams, who collected six points from the race as Valtteri Bottas finished eighth for them ahead of his team-mate Felipe Massa.

Nico Hulkenberg said it was the best result they could hope for in regular circumstances.

"I made a great start, but once the pit stops were out of the way, it turned out to be quite a lonely afternoon for me. This allowed me to manage my tyres and my pace. At the end, the battle with Kimi [Raikkonen] was always going to be difficult, because he had a massive tyre advantage over me.

"I was surprised we could keep him behind for so long. I tried to defend as hard as I could on the inside, but braking on a dirty line with 60-lap-old tyres is quite tricky. He turned in on me and there was no way I could stop the car, so I forced it into a spin to avoid a crash.

"In the end, it was a good weekend: qualifying was my highlight and we've come away with a solid result today. We leave Mexico having strengthened our fourth place in the constructors' championship, so there is plenty to smile about tonight," he said.

Perez, for whom it was a home race, said it was a very frustrating race being stuck behind the Williams cars.

"I tried everything I could, but it's not easy because they had a straight-line speed advantage. There were a few occasions when I was very close to making the move stick on Felipe (Massa), but in the end it just was not possible.

"Even with the tenth place today the fans were cheering for me. They are so loyal; always behind me and they have given me so much positive energy all week. Although I wanted to give them a better result, this has still been the most enjoyable race of the year," he said.