The team boss of Mercedes has declared that they need to improve however said that no extra money would be put into the team. 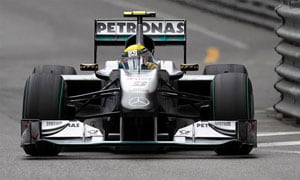 Daimler AG's chief executive says the Mercedes Formula One team must improve quickly but his company doesn't plan to increase its funding.

Mercedes, which is owned by Daimler, announced in September that Lewis Hamilton will join the team next season. He will replace seven-time world champion Michael Schumacher, who has managed only one podium finish since returning from retirement to join Mercedes in 2010. The team's other driver is Nico Rosberg.

But he rejected talk of the company putting more money into the team. Zetsche said: "We do not plan to increase our budget."