Sebastian Vettel said that his departure from Ferrari was not agreed by mutual consent and he remained hopeful of finding a new rival team for 2021. 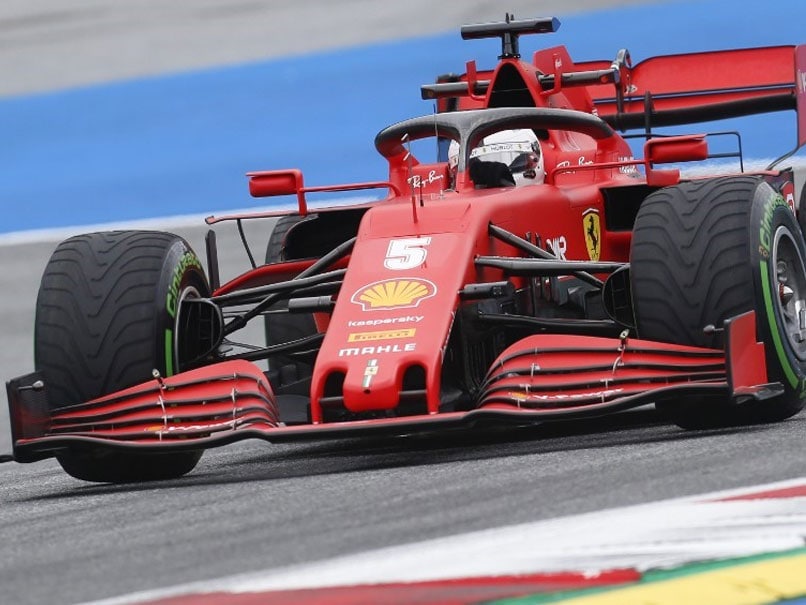 Ferrari team chief Mattia Binotto admitted Friday that the Italian team had not made any offer to keep Sebastian Vettel before telling the four-time champion he was being released at the end of the year. Binotto said he accepted that it was an unexpected move and a shock to the German when he was told, just three months after being declared Ferrari's first choice driver at the team launch in February.

He blamed a range of issues for the team's u-turn, including the COVID-19 pandemic, but without providing a convincing explanation for not warning Vettel or offering him reduced terms.

"We told him in the winter, privately and publicly, that he would be our first choice," said Binotto. "Our position did not change and Seb was our first choice." He added that since then the pandemic had changed "the world, not only our motorsport, our F1" and the introduction of budget caps had added to the need for change.

"The regulations have been postponed from '21 to '22, which was important for us. The cars have been almost frozen from 2020 for 2021 so let's say the entire situation changed.

"During the shutdown, as Ferrari, we had to consider our position. We took a decision. So that was our decision - it was our responsibility and we communicated to him."

Binotto said he knew that Vettel was taken aback by the u-turn.

"I heard he was surprised, which I remember well... I would say yes, certainly. I understand it, It's pretty normal to be surprised.

"And I think even today he is not, let's say, fully happy with it, which is something that's normal and obvious too...."

Despite his struggle to land the results and a first world title since 2007 when Vettel joined in 2015, Binotto said he remained a big admirer of the German as a driver and as a man.

"It has been a great period -- five years so far, six with the current season. He is a great champion, but is as well a great person.

"I think everybody in Ferrari --  our fans, the people working internally, all really love the time with him. That's something we fully respect.

"I personally, myself, appreciate him a lot as a perfectionist and as a person, and that's unchanged."

Vettel said Thursday that his departure from Ferrari was not agreed by mutual consent and that he remained hopeful of finding a new rival team for 2021.

Sebastian Vettel Charles Leclerc Red Bull Ring Austrian Grand Prix Formula 1
Get the latest updates on Fifa Worldcup 2022 and check out  Fifa World Cup Schedule, Stats and Live Cricket Score. Like us on Facebook or follow us on Twitter for more sports updates. You can also download the NDTV Cricket app for Android or iOS.