Lewis Hamilton repeated his pole-to-flag triumph of 2018 with a flawless drive to his fourth win in succession. 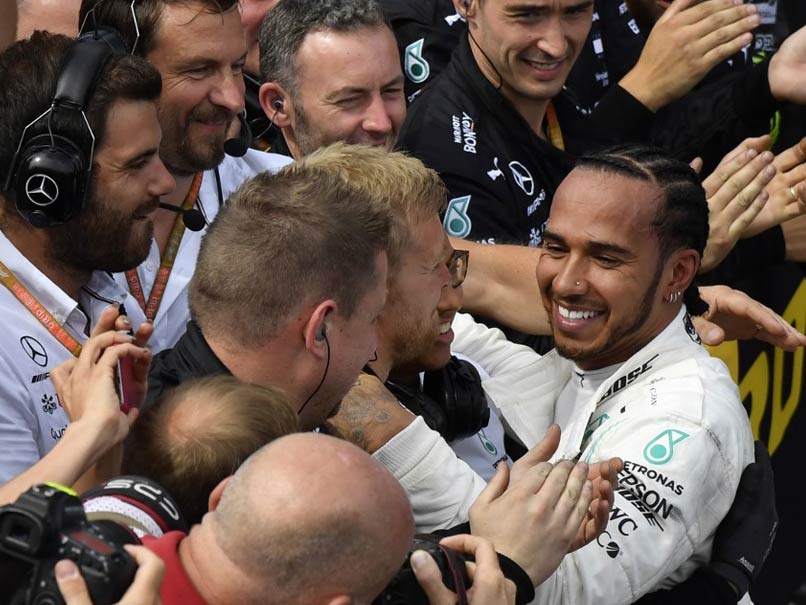 Lewis Hamilton extended his championship lead and continued his relentless run of success on Sunday when he scorched to an emphatic victory ahead of Mercedes team-mate Valtteri Bottas at the French Grand Prix on Sunday. The defending five-time champion repeated his pole-to-flag triumph of 2018 with a flawless drive to his fourth win in succession, sixth this season and 79th of his career. His victory extended Mercedes' unbeaten start to the 2019 season to eight races and their overall winning streak to 10, the Silver Arrows leaving their main rivals trailing in their wake again.

In sweltering conditions, he extended his title race lead over Bottas to 36 points – with Charles Leclerc finishing a strong third following a determined drive in his Ferrari.

Max Verstappen was fourth for Red Bull ahead of four-time champion Sebastian Vettel in the second Ferrari and the resurgent McLaren of Carlos Sainz.

Vettel, who started seventh after a troubled qualifying, took a late pit stop for fresh tyres and snatched fastest lap and a track record by 0.024 seconds from Hamilton in the final seconds.

Daniel Ricciardo was seventh for Renault ahead of Kimi Raikkonen of Alfa Romeo and Nico Hulkenberg in the second Renault with Lando Norris finishing 10th despite hydraulics problems in the second McLaren.

“It's definitely been a really good weekend,” said a beaming Hamilton. “It's such a challenge out there and I live that, really trying to find the edge.

“I couldn't do it without this incredible team and we are creating history – and I am so proud to be part of it.”

Bottas, who resisted a late charge from Leclerc, said: “Ultimately, Lewis was quicker today and I couldn't match his pace.”

Leclerc said: “I gave it everything, but the Mercedes are just too quick.”

Sebastian Vettel
Get the latest updates on ICC Women's Cricket World Cup 2022 and IPL 2022, check out the Schedule , Live Score and IPL Points Table. Like us on Facebook or follow us on Twitter for more sports updates. You can also download the NDTV Cricket app for Android or iOS.