Lewis Hamilton, who shares the podiums record with seven-time world champion Michael Schumacher, is in pursuit of his own seventh drivers' title this year and also has the German's unrivalled haul of 91 GP wins in his sights. 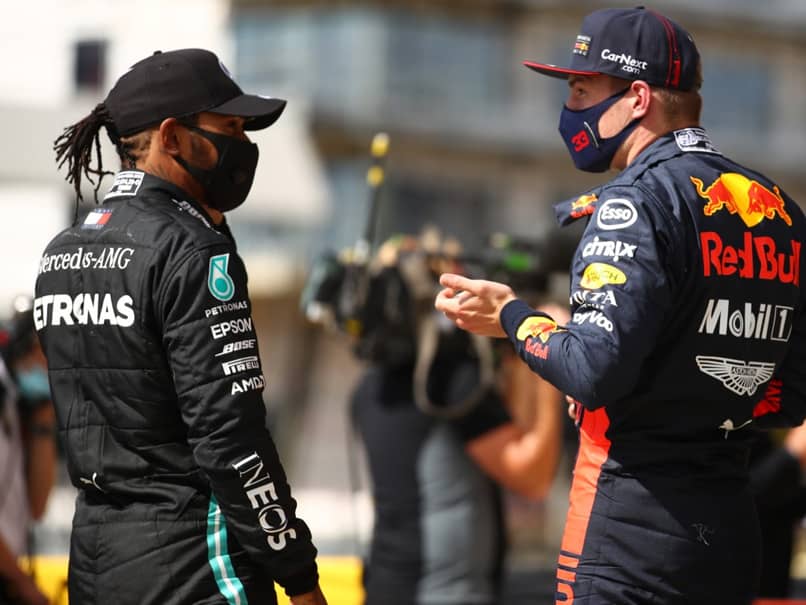 Lewis Hamilton welcomes the prospect of a Formula One title battle with Max Verstappen following the Dutchman's dramatic victory in Sunday's torrid 70th Anniversary Grand Prix at Silverstone. Defending champion and current leader Hamilton, who has a 30-point advantage at the top of the drivers' standings, praised Verstappen and his Red Bull team for inflicting a first defeat on Mercedes in five races this year.

"It's great that Max won," said Hamilton, Speaking in the aftermath of his record-equalling 155th podium finish, in second place.

"As I've said before I want to have races and a challenge. Obviously, the Red Bull seems to be quite close to us in race conditions, but that's a good thing and it will be interesting to see their progression through the rest of the year.

"I definitely will not overlook them. We will keep a close eye on them. It's not going to be easy by any means."

Hamilton, who shares the podiums record with seven-time world champion Michael Schumacher, is in pursuit of his own seventh drivers' title this year and also has the German's unrivalled haul of 91 GP wins in his sights.

However in sweltering conditions on Sunday, Red Bull had not only a superior strategy -- by choosing to start Verstappen on hard-compound tyres -- but also a superior level of management of tyre wear, which appears to have become a weakness of Mercedes' otherwise flawless car this year.

Hamilton had only won the British GP at the same track a week earlier after surviving a last-lap puncture as Verstappen closed in.

Mercedes chief Toto Wolff conceded his team had failed to deliver after starting with Valtteri Bottas on pole and Hamilton second in their 67th front row lockout.

Verstappen started fourth and won by 11 seconds, a luxury that afforded him several light-hearted quips on his way to victory and a poor sign for Mercedes heading into the weekend's Spanish GP in Barcelona.

"It was a difficult day in the office," admitted Wolff. "We have a handful of days to find out what exactly caused our issues today, come up with solutions, test them in Barcelona and then hopefully have a better race on Sunday.

"It will be challenging, but we've had these days in the past and came out stronger and I am really looking forward to Barcelona. The days where we lose are the days where we learn the most."

The somewhat haunted looks on the Mercedes pit wall as their Pirelli tyres blistered over and again told its own story and Red Bull team chief Christian Horner, suggested their car, with its phenomenal levels of downforce, was almost too strong and too fast for the softer tyres introduced.

"Mercedes are running more downforce on their car, a lot more wing than we are carrying and they blistered their tyres five laps after the first pit stop -- and Max was taking it easy at that point," Horner said.

Until Sunday, Hamilton and Mercedes appeared to be on course for a serene run towards more championship triumphs, but Verstappen's ninth career win, a week before he returns to the scene of his first, has signalled that nothing can be taken for granted.

Valtteri Bottas Silverstone Formula 1
Get the latest updates on India vs Australia Series, check out the India vs Australia Schedule for 2020-21 and Ind vs Aus live score . Like us on Facebook or follow us on Twitter for more sports updates. You can also download the NDTV Cricket app for Android or iOS.