Seeking his first win in nine races since clinching his third title at the United States Grand Prix last October, the 31-year-old Briton knows he is running out of time if he is to rekindle his flickering title defence.

Not only does he need to reduce the deficit to Rosberg, and quickly, but he has also to keep the rest of his rivals at bay - a task thrown into clear relief on Thursday when Daniel Ricciardo topped the times by six-tenths of a second for Red Bull.

Hamilton knows that, if the Australian dominates again in Saturday's qualifying session and makes a clean start, it will be very difficult to pass him without the aid of some smart strategy.

That was palpably, and painfully, missing last year when he was deprived of victory by a Mercedes bungled pit-stop call that gifted the race win to his nearest rival and team-mate Rosberg.

Tyre suppliers Pirelli's introduction of a new 'ultra-soft' compound for the special demands of the Mediterranean street circuit was expected to add a new possibility, of more stops, to the spectacle this year, but to Hamilton's disappointment the latest rubber was a flop.

Almost scathingly, he dismissed the new tyres as "pretty much the super softs -- with purple paint" and forecast another predictable procession in Sunday's race unless the weather intervenes. 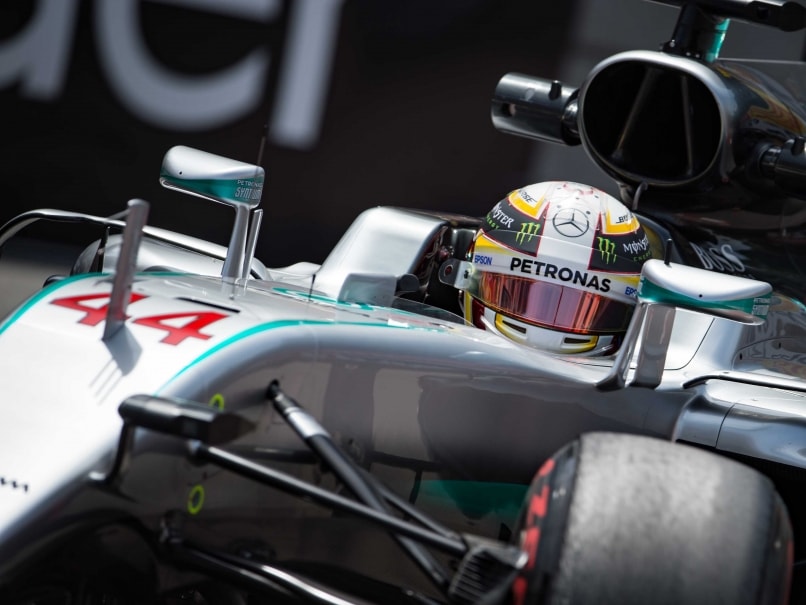 Mercedes' Lewis Hamilton drives during the second practice session at the Monaco street circuit on Thursday.

"Unfortunately, most likely, it's going to be exactly the same as the years before," he said. "There are no real great decisions being made that are going to make this race any better.

"The last three or four years, it's been a one-stop race, which is the most boring. Everyone knows if you have pole position you are going to win and with a one-stop race it's a procession.

"I was messaging a friend the other day and he said 'I'm not coming to Monaco' because it's a train. I said 'Yeh, I'm in it and, hopefully, at the front' but then, the other night, I was thinking 'why don't we have more stops?'

"In my first years here, when there were more stops, it was way more exciting, but they won't do that . we'll be two seconds faster than last year, but overtaking will be the same

"Everyone should know this is a track that you can't overtake on so qualifying's going to be the race and, on Sunday, you'll see a procession, a train.

"Hopefully, because it's so close, whoever's first, second and third, it will come down to that one pit stop."

Comments
Topics mentioned in this article Mercedes Lewis Hamilton Nico Rosberg Monaco Grand Prix Monte Carlo Formula 1
Get the latest Indian Premier League 2020 news, check out the IPL 2020 schedule, Cricket live score . Like us on Facebook or follow us on Twitter for more IPL 2020 updates. You can also download the NDTV Cricket app for Android or iOS.
Highlights
Related Articles