Lewis Hamilton needs only to finish in the top eight at the United States Grand Prix to be champion even if his Mercedes team-mate Valtteri Bottas wins the race. 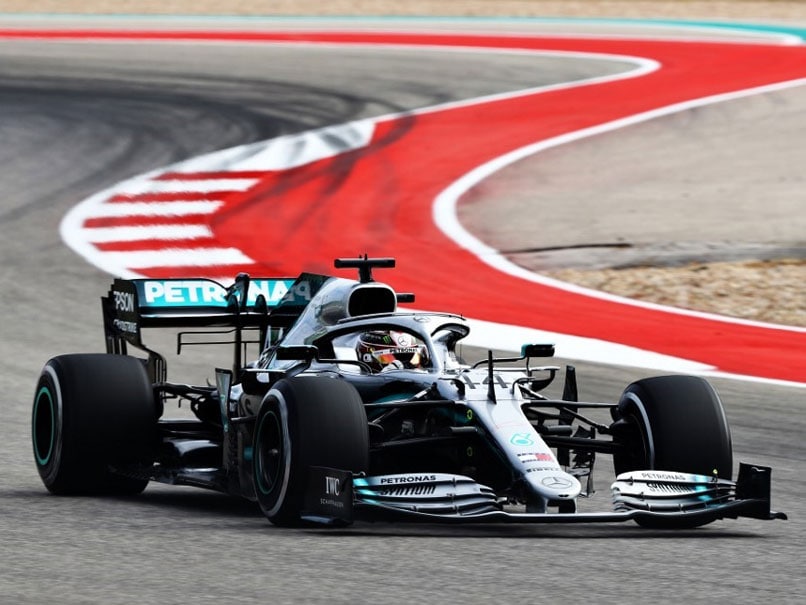 Lewis Hamilton signalled his intent to win his sixth drivers' title in style on Friday when he comfortably topped the times in second practice at the United States Grand Prix -– but it was not enough to impress Max Verstappen. Lewis Hamilton, of Mercedes, who needs only to finish in the top eight on Sunday to retain his crown, wound up three-tenths of a second clear of nearest rival Charles Leclerc of Ferrari while Verstappen was third fastest after topping the times in the morning in his Red Bull.

"Lewis had a tow on the back straight so it's not really (as big an advantage) -- the lap time," said the Dutchman, who has been bickering with the defending five-time champion since last weekend's Mexican Grand Prix, where he finished sixth after being stripped of pole position.

"I think it's smaller. But overall, for me, it's been a positive day. I think that the pace of the car in the short run is not bad."

Hamilton enjoyed assistance from Williams' Robert Kubica, gaining 'a tow' behind him down the straight in the middle sector of his lap at the Circuit of the Americas.

His advantage ahead of Leclerc may have been enlarged, but the Monegasque driver told Ferrari he could not match the Briton's pace on a single lap.

The 34-year-old Mercedes driver, revelling in the return of his regular race engineer Peter 'Bono' Bonnington, clocked a best lap in one minute 33.232 to outpace Leclerc of Ferrari by three-tenths of a second.

Having spent the morning's opening session working on set-up variations, Hamilton proved he was back on form with a succession of quick laps in his race simulation run to give himself a great chance of claiming the 2019 title with a sixth victory in eight races at the Circuit of the Americas.

Hamilton needs only to finish in the top eight to be champion even if his Mercedes team-mate Valtteri Bottas wins the race.

If Bottas fails to win, Hamilton will take the title.

After the chill of opening practice in the morning, the second session began in milder conditions following an interval dominated by complaints about the bumpy circuit surface, particularly at Turn One.

Albon was quickest early on in the session followed by Sainz, Bottas and then Leclerc with Hamilton rising to second, one-tenth behind the Monegasque, as he began his pursuit of a strong weekend's work and a sixth title in earnest.

There was an early red flag to halt the action briefly after 14 minutes when Grosjean lost control of his Haas and hit the barriers at Turn Six. On resumption, Giovinazzi survived a spin at the same corner.

In more favourable conditions, at 16 degrees Celsius, the lap times began to tumble with Vettel finding a groove to top Bottas before Leclerc took over followed by Hamilton, a five-time winner at the Texas track, who was clearly back on top of his set-up after a muddled morning.

Valtteri Bottas United States Grand Prix
Get the latest updates on Olympics 2020, Olympics 2020 Medal Tally, Live Cricket Score . Like us on Facebook or follow us on Twitter for more sports updates. You can also download the NDTV Cricket app for Android or iOS.