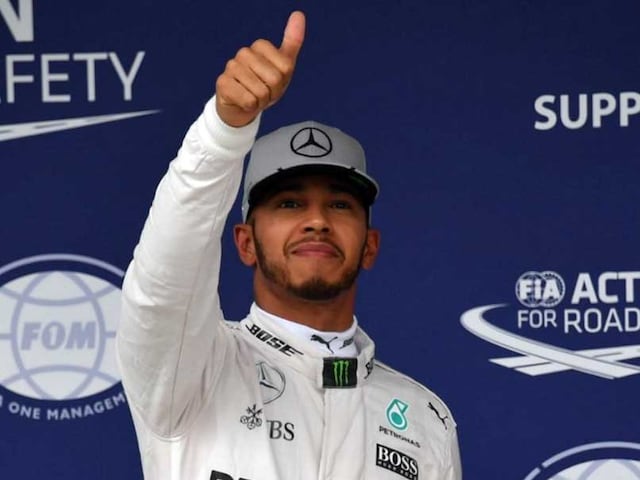 Lewis Hamilton clinched pole position for the Brazilian Grand Prix ahead of Nico Rosberg, setting the stage for Sunday's critical showdown between the Mercedes teammates for the season title.

If Hamilton wins the race on Sunday, the drivers' title will be decided in the final race of the season in two weeks in Abu Dhabi.

Hamilton has taken the last two poles in Mexico and the United States and went on to win the race.

Rosberg has more avenues to win his first drivers' title - Hamilton is trying for his fourth - to match the one his father Keke Rosberg won 34 years ago.

Rosberg leads Hamilton by 19 points - 349 vs. 330 - and will claim the season championship if he wins on Sunday, or if he scores at least seven more points than Hamilton. Rosberg can also finish second in Brazil, and third in Abu Dhabi and still be the champion.

Hamilton was 0.102 seconds faster than Rosberg in qualifying. Hamilton has yet to win a race in Brazil, and Rosberg has won the last two on the Interlagos circuit south of downtown Sao Paulo.

The track was dry for qualifying, though rain always threatened. The final practice earlier Saturday was run in a light mist.

The hilly Sao Paulo circuit has a history of shocking results, particularly when it rains.

Only the third driver to ever reach that mark

Will it be enough to keep his title hopes alive?#BrazilGP

Comments
Topics mentioned in this article
Formula 1 Mercedes Nico Rosberg Lewis Hamilton Interlagos Brazilian Grand Prix
Get the latest Cricket news, check out the India cricket schedule, Cricket live score . Like us on Facebook or follow us on Twitter for more sports updates. You can also download the NDTV Cricket app for Android or iOS.