Mercedes team chief Toto Wolff said Lewis Hamilton has gained a mature perspective after surviving discrimination to rise from karting to the summit of motorsport. 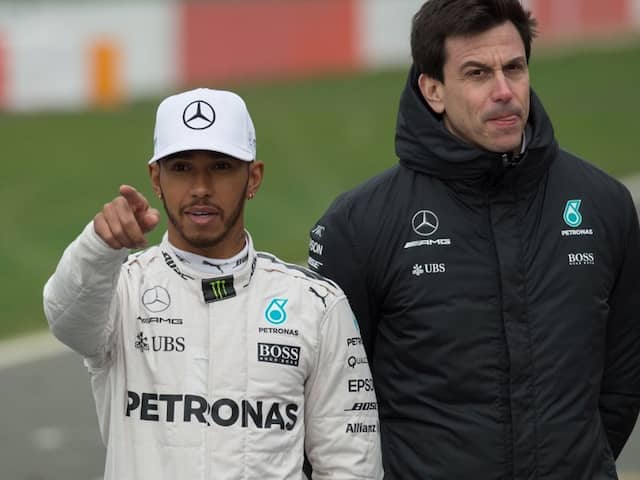 Formula One's world champion-elect Lewis Hamilton has been scarred for life by racist abuse that he experienced as a young driver, Mercedes team chief Toto Wolff said on Friday. "When Lewis was younger he was the only black kid among the white kids, and I know he was racially abused on the track," said Wolff. "If that happens to an eight-year-old, or a 10-year-old, it just leaves scars that will not go away." Speaking ahead of Hamilton's attempt to win his sixth world championship at Sunday's Mexican Grand Prix, Mercedes boss Wolff said the Briton -- F1's only black driver -- has gained a mature perspective after surviving discrimination to rise from karting to the summit of motorsport.

"If, as a child, you have had to overcome abuse and discrimination, on one side it makes you a stronger personality, but on the other side it also leaves scars," Wolff added.

"Today, Lewis has a good and mature perspective, but the scars are certainly there. That is not the only motivating factor for him -- those scars are a witness of having survived.

"We have to acknowledge that we are not very diverse in Formula One and I have certainly learned through Lewis to accept that it is difficult to overcome discrimination from time to time."

Hamilton has been accused of hypocrisy after he came out in support of environmental causes, revealing he had sold his private plane and introduced a complete ban on plastics in his daily life.

"Exceptional personalities tend to polarise. He wears his heart on his sleeve, he has opinions and by expressing them you will always run the risk of polarising. That is human nature," said Wolff.

Hamilton, 34, will secure his sixth world title and third in successive years if he outscores Mercedes team-mate Valtteri Bottas by 14 points on Sunday.