Lewis Hamilton was commenting after protesters in the British city of Bristol toppled the bronze statue of Edward Colston, who made his fortune in the slave trade. 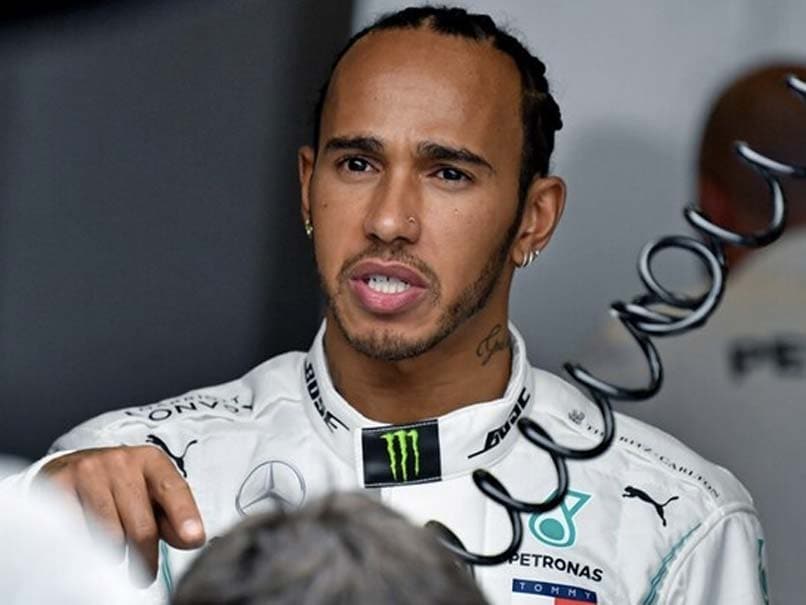 Lewis Hamilton, a six-time world champion, has been a vocal opponent of racial injustice.© AFP

Formula One world champion Lewis Hamilton said a slave trader's statue that was torn down and dumped in a harbour during anti-racism protests should "stay in the river". Hamilton, who is F1's only black driver, was commenting after protesters in the British city of Bristol toppled the bronze statue of Edward Colston, who made his fortune in the slave trade. "If those people hadn't taken down that statue, honouring a racist slave trader, it would never have been removed," Hamilton wrote on Instagram.

"There's talks of it going into a museum. That man's statue should stay in the river just like the 20 thousand African souls who died on the journey here and thrown into the sea, with no burial or memorial.

"He stole them from their families, country and he must not be celebrated! It should be replaced with a memorial for those he sold, all those that lost their lives!!"

Colston's statue was pulled down during anti-racism protests triggered by the death of George Floyd, an unarmed black man, during his arrest last month in Minneapolis.

Government officials have called the statue's removal a criminal act. But the action won some support, including from Bristol's mayor, against a backdrop of public pressure to re-examine representations of Britain's colonial past.

Britain's Hamilton, a six-time world champion, has been a vocal opponent of racial injustice, previously saying he was "overcome with rage" and criticising "white-dominated" Formula One for its silence over the Floyd incident.

Mercedes
Get the latest updates on T20 World Cup, check out the T20 World Cup Schedule and Live Score . Like us on Facebook or follow us on Twitter for more sports updates. You can also download the NDTV Cricket app for Android or iOS.