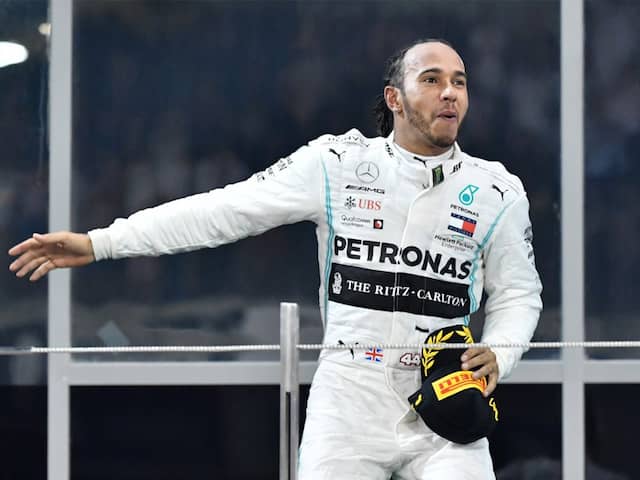 Lewis Hamilton has one year left on his contract with Mercedes.© AFP

Six-time Formula One champion Lewis Hamilton rates the 2019 season as "the best" of his decorated career, on and off the circuit. The 34-year-old Mercedes driver reflected on his stunning season in Paris before Friday's FIA awards ceremony. "It has been the best year I would say of my career I am really proud of what we have achieved as a team," said Hamilton, who is now just one title shy of the record seven world championships held by Michael Schumacher.

The season concluded in Abu Dhabi last Sunday with Hamilton winning his 11th race of the campaign and the 84th of his career.

Despite his repeated brilliance behind the wheel he said it was his life off the track that had made 2019 all that more special.

"The season as a whole was as strong as the last I can remember.

"More so from the outside, just being happier.

Hamilton has one year left on his contract with Mercedes before he has to decide whether to end his career with the German team or take up a new challenge at Ferrari.