Lewis Hamilton will be seeking to exploit every advantage he can find this weekend as he bids for an unprecedented and thus far elusive 100th Formula One win to regain the lead in the world championship at the Russian Grand Prix. 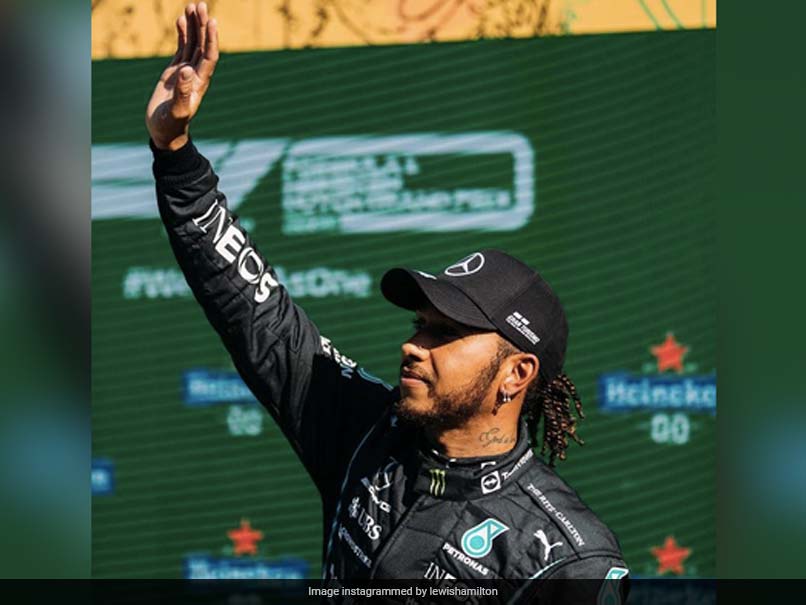 Lewis Hamilton will be seeking to exploit every advantage he can find this weekend as he bids for an unprecedented and thus far elusive 100th Formula One win to regain the lead in the world championship at the Russian Grand Prix. Since grabbing victory in controversial circumstances at the British Grand Prix in July, the seven-time champion has been unable to add to his total of 99 victories and has struggled to reach his century. But after surviving another spectacular crash with title rival Max Verstappen of Red Bull at Monza, to follow their high-speed first lap tangle at Silverstone, Hamilton has an inviting opportunity to make history for Mercedes at the Sochi Autodrom, on the shores of the Black Sea on Sunday.

Not only is he seeking a record fifth triumph in the former Olympic Park but Mercedes are unbeaten in all seven races held there.

Verstappen, meanwhile, goes into the event with a three-place grid penalty for his part in their collision in Italy where his car ended up on top of Hamilton, who escaped injury or worse thanks to the 'halo' cockpit safety device.

That all suggests that the 36-year-old Briton has a sumptuous chance to overhaul the Dutchman's five-point advantage in the championship.

Verstappen, at best, can only start fourth if he is fastest in qualifying, but insists he was not to blame for their latest crash.

The 23-year-old is also bullish about his bid to take Hamilton's crown.

"Of course, the penalty is not ideal, but nothing is lost -- that's how I look at it," he said.

"In the championship, there are a lot of races ahead and the margin is tiny. We will make the most of it and do our best.

"You can reflect all you want, but it's more important to look forward and keep pushing. I still believe it was a racing incident."

Verstappen finished second behind Hamilton's Mercedes team-mate Valtteri Bottas last year and believes he can be highly competitive in what is likely to be a wet racing weekend.

"It's completely different to Monza and I'm looking forward to it to see if we can improve on last year."

Hamilton is expected to have fully recovered from the headaches and neck pain he suffered in Italy and, according to Mercedes team chief Toto Wolff, is in determined mood.

"Lewis is in the tenth championship battle of his F1 career and he is laser-focused on what he needs to deliver in the next eight races," he said, adding that Bottas, who leaves to join Alfa Romeo next year, is driving "better than ever".

"There's a calm determination about the team right now and the business end of a season, fighting for championships, is exactly what we enjoy the most."

Mercedes lead Red Bull by 18 points in the constructors' title race with Sochi offering them a chance to extend that advantage while McLaren, who won in Italy thanks to a rousing drive from Daniel Ricciardo, may offer a threat.

"I want to build on my Monza performance and will push to score important points," said the Australian. "But Sochi can be a tricky circuit to make a move."

To further complicate matters, it is possible that Verstappen may take a new Honda power unit -- and with it another penalty that would drop him to the back of the grid, from where he could mount a charge to finish in the top five.

Hamilton also faces the same prospect, but may delay it until a later race.

With heavy rain forecast, it will be a weekend filled with jeopardy for teams and drivers as the tension builds again.

Another collision remains likely, though Hamilton will this time hope to be beyond reach of the young Dutchman's boldest moves.

Mercedes Russian Grand Prix Formula 1
Get the latest updates on T20 World Cup, check out the T20 World Cup Schedule and Live Score . Like us on Facebook or follow us on Twitter for more sports updates. You can also download the NDTV Cricket app for Android or iOS.