Lewis Hamilton was hit with a five-place grid penalty for Sunday's Chinese Grand Prix because of a gearbox change, according to Mercedes 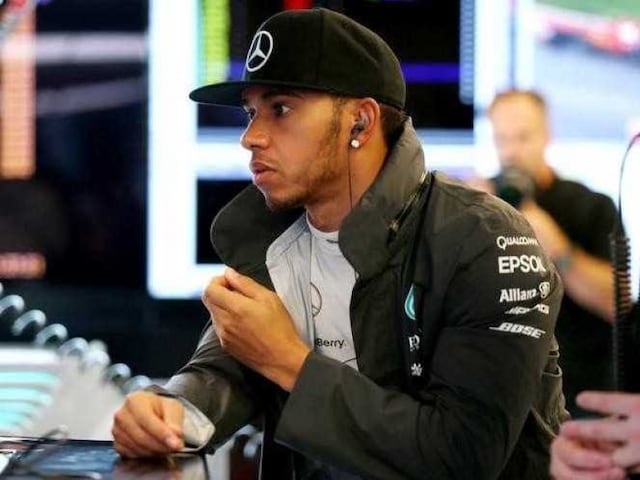 Lewis Hamilton has not a single F1 race in 2016.© Reuters
Shanghai:

World champion Lewis Hamilton has been hit with a five-place grid penalty for Sunday's Chinese Grand Prix because of a gearbox change, Mercedes said on Thursday. (Nico Rosberg Romps Untroubled to Fifth Win in a Row at Bahrain Grand Prix, Lewis Hamilton second)

Already trailing team-mate Nico Rosberg by 17 points after the German won the season's first two races in Australia and Bahrain, Hamilton will now face a battle to prevent that gap from widening in China.

"This weekend is going to be tough," Hamilton posted on his Instagram site alongside a photograph of fans in Shanghai welcoming him at the airport.

"I will start with a five-place grid penalty due to a gearbox change but because of you guys I feel energised, motivated, and confident that we can regain ground lost."

Mercedes determined that China was the best place to change the gearbox, which was damaged in Bahrain and needed replacing.

"Not the ideal start to the weekend, admittedly, but of all the places to take a grid hit, this is one of the better ones," Mercedes tweeted.

Under Formula Ones rules, drivers have to use a single gearbox for six successive races, meaning the highest grid position Hamilton can now hope for on Sunday is sixth.

The Briton already has his hands full stopping a surging Rosberg, who has won five straight races dating to the back end of last season after Hamilton clinched his third world title.

Comments
Topics mentioned in this article
Lewis Hamilton Formula 1
Get the latest updates on IPL 2020, check out the IPL Schedule for 2020 and Indian Premier League (IPL) Cricket live score . Like us on Facebook or follow us on Twitter for more sports updates. You can also download the NDTV Cricket app for Android or iOS.