Kimi Raikkonen to Stay at Ferrari Next Year 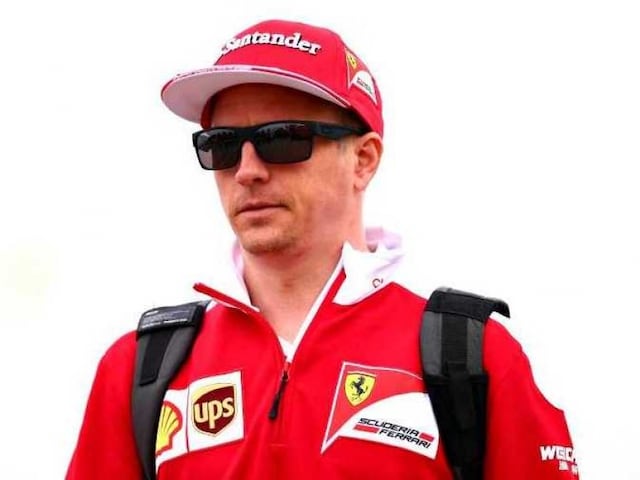 Kimi Raikkonen won the 2007 world championship with Ferrari in his first stint.© AFP

Ferrari ended months of speculation on Friday when they confirmed that their popular Finnish driver Kimi Raikkonen is to stay with the team next year.

Ferrari made the announcement at the British Grand Prix where they are bidding to stop Mercedes' domination of the 2016 season. The announcement puts a stop to all the rumours that had seen several rival drivers linked with his seat alongside four-time champion Sebastian Vettel.

Raikkonen said: "I've always said I would not be here if I didn't enjoy it, or felt that I can't drive, or do it 100 per cent. "If I wasn't motivated, I wouldn't be here wasting my own time or the team's time. I've always said, nearly 10 years ago, that my last team would be Ferrari and it's still like that.

"What happens in the future I don't know. Time will tell, but I usually don't make plans for a very long future."

Raikkonen won the 2007 world championship with Ferrari in his first stint before rejoining from Lotus in 2014.

He will be 37 in October and has yet to win a race since returning, having struggled against Spaniard Fernando Alonso in 2014 and Vettel last year, but this year, he has improved and is level on points in the championship with Vettel after nine races.

Comments
Topics mentioned in this article
Kimi Raikkonen Ferrari Formula 1
Get the latest updates on IPL 2020, check out the IPL Schedule for 2020 and Indian Premier League (IPL) Cricket live score . Like us on Facebook or follow us on Twitter for more sports updates. You can also download the NDTV Cricket app for Android or iOS.