For Raikkonen Tuesday's deal secures his fifth consecutive season with Ferrari after an initial spell at Maranello when he captured the world title in 2007. 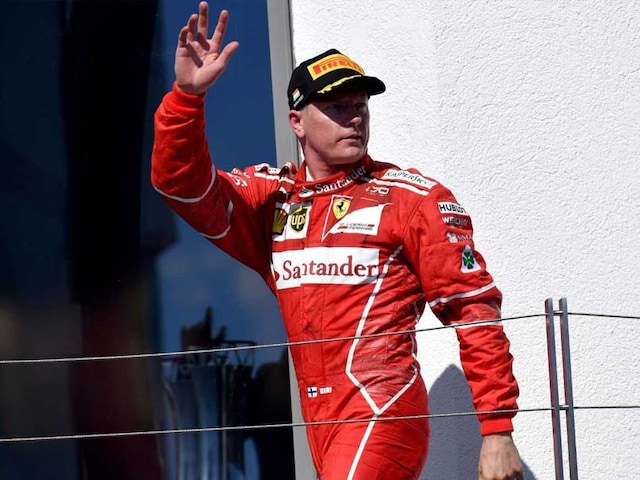 Kimi Raikkonen has signed a one-year contract extension with Ferrari for the 2018 season, the Formula One team announced on Tuesday. "Ferrari announces that Scuderia Ferrari has renewed its technical and racing agreement with Kimi Raikkonen," a team statement read. "The Finnish driver will therefore race for the Maranello team in the 2018 Formula One World Championship." Raikkonen's signature comes after he chased home Sebastian Vettel in a dominant Ferrari display in the Hungarian Grand Prix last time out.

Vettel, who increased his lead over Mercedes' Lewis Hamilton to 14 points, has yet to confirm his plans for 2018.

His contract expires at the end of the year but the German is expected to keep his easy partnership with the Finn intact for 2018.

"I think I have been public on the Sebastian issue, if he wants to stay he is more than welcome to stay," said Ferrari president Sergio Marchionne after Hungary.

For Raikkonen, 37, Tuesday's deal secures his fifth consecutive season with Ferrari after an initial spell at Maranello when he captured the world title in 2007.

He is placed fifth in the 2017 drivers' standings on 116 points ahead of Sunday's Belgian Grand Prix at Spa-Francorchamps.

Comments
Topics mentioned in this article
Ferrari Kimi Raikkonen Formula 1
Get the latest Cricket news, check out the India cricket schedule, Cricket live score . Like us on Facebook or follow us on Twitter for more sports updates. You can also download the NDTV Cricket app for Android or iOS.