Renault tweeted a photo of Kevin Magnussen giving an okay signal with his thumb and forefinger and wrote "All clear to race," indicating he had passed a mandatory FIA medical exam. 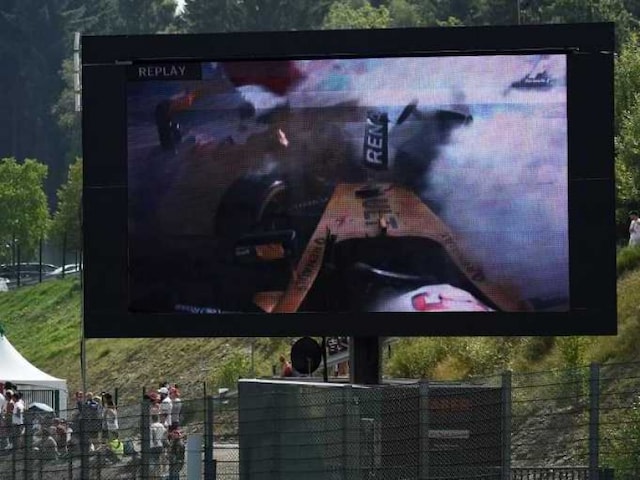 Kevin Magnussen has been cleared to compete at this weekend's Italian Grand Prix after medical checks to his left ankle following a crash at last weekend's Belgian GP.

The Renault team Tweeted a photo Thursday of Magnussen giving an OK signal with his thumb and forefinger and wrote "All clear to race," indicating he had passed a mandatory FIA medical exam.

Renault had said Tuesday that the 23-year-old Danish driver had "no fracture or serious injury" after spinning at speed and slamming backward into the barriers in Spa. He was noticeably hobbling and went to a local hospital for checks after Sunday's race.

Magnussen is 16th in the drivers' standings, with his six points coming from a seventh-place finish in Russia in May.

Meanwhile, a word from Kev (well, a hand gesture really but you know what we mean): all clear to race ??#ItalianGP pic.twitter.com/BBQJ06QW19

Comments
Topics mentioned in this article
Renault Kevin Magnussen Italian Grand Prix Belgian Grand Prix Formula 1
Get the latest updates on IPL 2020, check out the IPL Schedule for 2020 and Indian Premier League (IPL) Cricket live score . Like us on Facebook or follow us on Twitter for more sports updates. You can also download the NDTV Cricket app for Android or iOS.