Nico Rosberg, who has a 23-point championship lead over Lewis Hamilton with five races left this year, pipped the triple world champion by two tenths in the morning session and just 0.072sec under cloudy skies in the afternoon 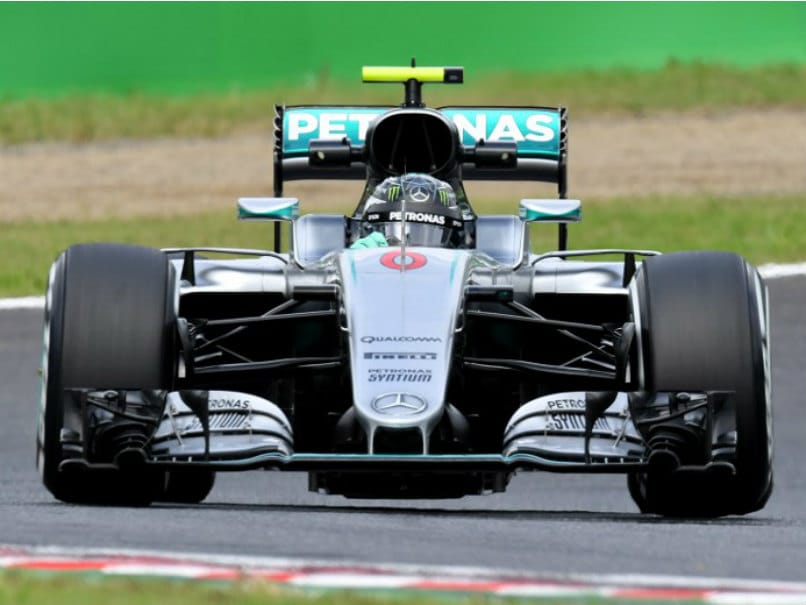 Nico Rosberg gave his wounded team-mate Lewis Hamilton plenty to think about by topping the timesheets in both practice sessions on Friday for this weekend's Japanese Grand Prix.

The German, who has a 23-point championship lead over Hamilton with five races left this year, pipped the triple world champion by two tenths in the morning sunshine and just 0.072sec under cloudy skies in the afternoon.

Rosberg struck a psychological blow in the Formula One title run-in as he chases his fourth win in five races, despite complaining of "monster understeer" in the early jousting between the fierce Mercedes rivals.

"It's been a case of finding my way today," said Rosberg. "It looks like we're ahead of the Ferraris but it remains to be seen as to where we are compared to the Red Bulls."

Hamilton has had a tumultuous few days after a blown engine robbed the Briton of victory last weekend.

After controversially hinting that his Malaysia heartbreak was a result of sabotage from within the Mercedes garage, Hamilton barked over the radio that his car was "very low on power" in the morning session.

He improved after lunch but was still unable to match the pace of Rosberg, who is in the form of his life.

"It's been a really good day with no problems on the car which is great," said Hamilton, looking to complete a hat-trick of Suzuka wins on Sunday.

"But there's still some work to be done overnight in order to find more pace."

Rosberg survived a scare when he emerged from the garage with smoke pouring from his exhaust.

No harm was done, however, as Rosberg set the quickest lap of 1min 32.250sec.

Hamilton followed him out and was quicker in sector one but slower than his team-mate in sector two to clock 1:32.322.

Australian Daniel Ricciardo, who profited from Hamilton's misfortune to lead a Red Bull one-two in Malaysia, missed out on his qualifying practice after the virtual safety car was activated but went back out for a long run.

Mexican Esteban Gutierrez climbed out of his Haas after simply informing his pit crew: "Okay, something broke."

Earlier, Haas team-mate Romain Grosjean smashed his car into the crash barriers but avoided turning the air blue after recently promising to stop being "an asshole in the car".

Instead, the Frenchman stuck to the facts as he backed out of the gravel, reporting: "The brake doesn't brake."

In the afternoon, Grosjean was still minding his p's and q's, politely telling his team: "I cannot see the pitboard."

There was drama for Alonso, running Honda's latest engine at Suzuka, as the Spaniard skidded off at the devilish 'Spoon' curve and mangled his rear wing.

Mercedes blamed Hamilton's third engine failure of the year on a bearing problem and the Briton is reverting to the engine he used in Singapore this weekend.