Red Bull's championship leader Max Verstappen was handed a three-place grid penalty for his role in the frightening crash with Lewis Hamilton. 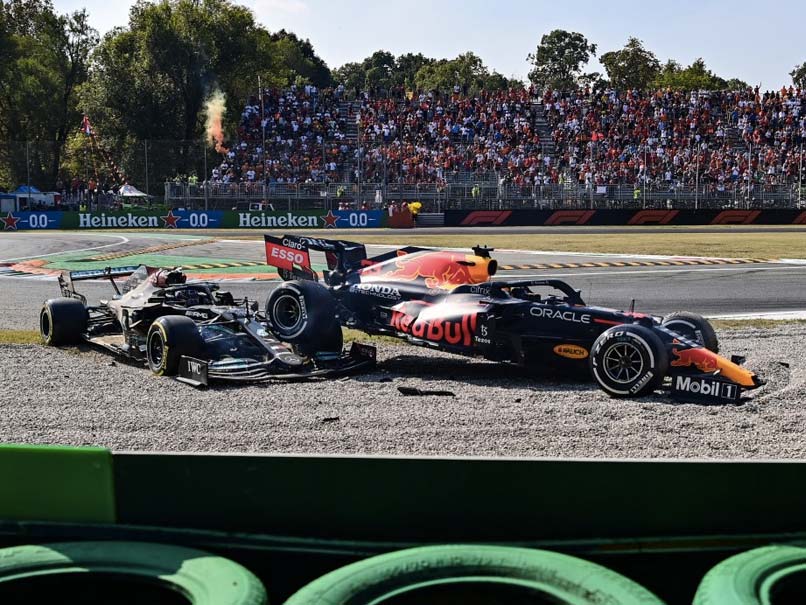 Max Verstappen and Lewis Hamilton were involved in a dangerous crash at Monza.© AFP

Red Bull's championship leader Max Verstappen was handed a three-place grid penalty for his role in the frightening crash with Lewis Hamilton in Sunday's Italian Grand Prix, the stewards at Monza announced. The Dutch driver was "predominantly to blame" for the incident that wiped him and his Mercedes rival out of the race won by McLaren's Daniel Ricciardo, a statement read. The penalty will be applied at the Russian Grand Prix in a fortnight's time. Verstappen, who leads seven-time world champion Hamilton by five points, had tried to muscle past Hamilton who had just rejoined the track after a pitstop.

But Verstappen's car, pushed onto the sausage kerb at the Turn One chicane, ended up with its back wheel rolling over the top of his rival's Mercedes, narrowly missing Hamilton's head.

Both drivers then slid into the gravel and were forced to retire.

In the stewards' verdict after interviewing both drivers, although Hamilton's line forced Verstappen onto the kerb, the Red Bull man had attempted the manouevre too late for him to have "the right to racing room".

Lewis Hamilton Italian Grand Prix
Get the latest updates on ICC T20 Worldcup 2022 and CWG 2022 check out the Schedule, Live Score and Medals Tally. Like us on Facebook or follow us on Twitter for more sports updates. You can also download the NDTV Cricket app for Android or iOS.