Hamilton's Statement Means it's Each Man for Himself

Lewis Hamilton disobeyed controversial team orders but pushing too hard on the very first lap with cold brakes after starting from the pit lane. 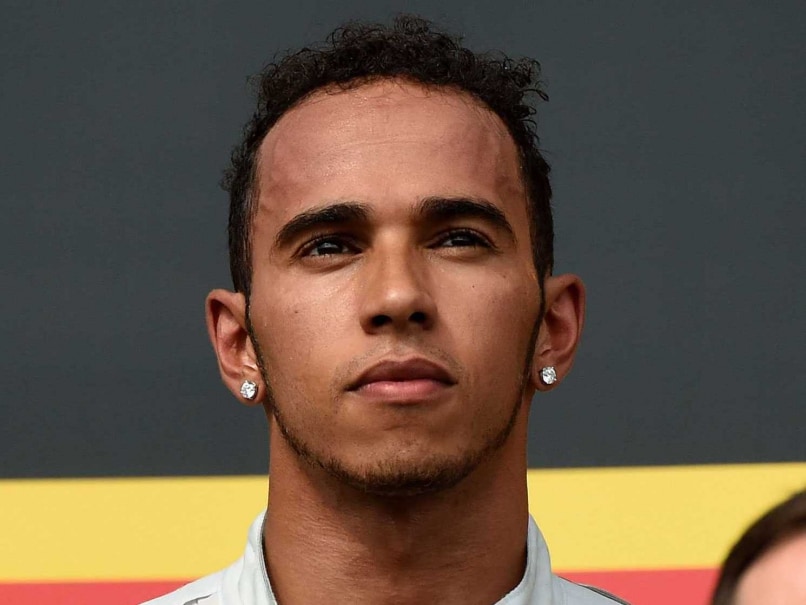 His biggest error, however, was not in disobeying controversial team orders but pushing too hard on the very first lap with cold brakes after starting from the pitlane. (Bernie Ecclestone offersÂ  25 million euros to end German trial)

The Briton was lucky his Mercedes only brushed the barriers in the resulting spin, causing no damage to the car, rather than ending his race there and then. (Hungarian GP forces Mercedes to rethink on team orders)

It would also have been costly had he carried out instructions over the radio two thirds of the way through the race not to hold up German team mate and championship leader Nico Rosberg. But he did not do that.

To do otherwise would have been unfair in the circumstances and damaging to his own title hopes, even if Mercedes might have gone on to win. Hamilton knew it and, ultimately, the team recognised it too.

"From my point of view, Lewis was right," said retired triple champion Niki Lauda, now the team's non-executive chairman. Some will argue that since Formula One is a team sport, the team comes first and orders must be obeyed. The simple answer to that is yes, but not always.

As an extreme case, think back to the 2008 Singapore Grand Prix when Brazilian Nelson Piquetjunior was ordered by his Renault team to crash deliberately into a wall to bring out the safety car and help Fernando Alonso win.

By Piquet's own admission he did as he was told and triggered one of the biggest scandals of Formula One's modern era. It would have been better for all had he not done so.

The same applies to Ferrari's manipulation of the 2002 Austrian Grand Prix in Michael Schumacher's favour.

The argument is sure to rumble on, throughout social media and wherever Formula One fans meet to discuss the race.

Rosberg, who finished fourth with Hamilton third, felt hard done by and could argue he had been deprived of a win by the Briton.

"Lewis didn't let me by although he was ordered to do so, and that's not good," he said later.

Rosberg, who obeyed team orders in Hamilton's favour in 2013 with much less at stake, had also led from pole position before losing position due to the unfortunate timing of the safety car.

The strategy, three stops to Hamilton's two, could have got him back ahead. But then again, he secured pole only after Hamilton's car caught fire in qualifying without completing a lap. Luck works both ways.

Hamilton was quickest in all three practice sessions and Hungary was his track, one where he had been triumphant in the two previous years. He was on a charge and chasing to win.

"I didn't cost Nico a win," he said. "I was racing him, so why would I be concerned about that?

"I would have expected him to have done the same and not let me past."

Fans may argue that it is double standards to defend Hamilton while slamming Red Bull'sSebastian Vettel for his deafness at the 2013 Malaysian Grand Prix, but the incidents are different. And Vettel also had his defenders.

At Sepang, the German overtook then team mate Mark Webber for victory despite both being told to hold station in order to put less strain on the cars and ensure a one-two finish.

By ignoring the instruction, Vettel put that in jeopardy. But then again, he was only doing what champions do. As he said at the time, and Hamilton repeated on Sunday night, he is paid to win races. Not to sit back or wave a team mate through.

That is where Rosberg's complaints lack bite. If he had been climbing all over the back of Hamilton's car, he might have had more of a grievance.

But that was not the case and the Briton was not about to slow down and wreck his own strategy.

In a title battle as close as this one, with Rosberg now only 11 points clear of Hamilton, it is unrealistic to expect either driver to sacrifice his title chances for the good of the team. There is too much at stake now.

"You can understand Lewis. He's fighting Nico. If he lets him run his fastest strategy, it puts him under pressure," said Red Bull boss Christian Horner.

"It's entirely understandable from Lewis's point of view to say, 'Not today, thanks'."

In the end, Mercedes signed Hamilton from McLaren because he is a world champion and they want him to win more with them.

"It's not questioning authority," the Briton said of his actions. "I'm hired to be me and race my heart out."

It would be much more disturbing for Mercedes, given the amount they pay him, if Hamilton suddenly set aside that selfish streak and did not fight every inch of the way. Or Rosberg, for that matter.

It's each man for himself now. The second half of the season promises to be a thriller.