Van der Garde claims he was guaranteed a seat for the 2015 season but that Sauber reneged on the deal and instead handed berths to Sweden's Marcus Ericsson or rookie Brazilian Felipe Nasr. 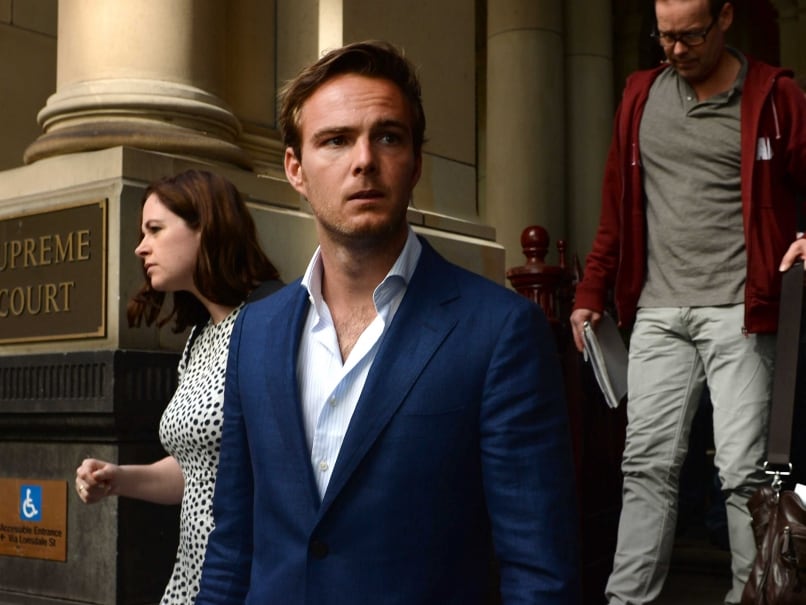 Formula One driver Giedo van der Garde's bid to compete at the Australian Grand Prix hung in the balance on Wednesday after Sauber appealed against a court order to let him race.

The Dutchman won the case but the Victoria Supreme Court agreed to hear Sauber's appeal on Thursday, a day before official practice starts at the season-opener in Melbourne. (Nasr Fastest in Barcelona Pre-Season)

Van der Garde claims he was guaranteed a seat for the 2015 season but that Sauber reneged on the deal and instead handed berths to Sweden's Marcus Ericsson or rookie Brazilian Felipe Nasr, who are heavily sponsored.

He originally took his case to a Swiss arbitration tribunal which ordered Sauber to keep him on the team. Victoria Supreme Court Justice Clyde Croft backed that ruling, enforcing it in Australia.

Croft said his decision was made purely on points of law. ('Reckless' to Let Giedo van der Garde Drive)

The outcome opened the door for van der Garde, 29, a reserve driver for the Swiss team last year, to compete in Sunday's season-opener, pending Sauber's appeal.

"We'll see what comes out tomorrow and I'm still hopeful," Van der Garde told reporters outside court after it agreed to hear the appeal.

"I'm very fit and very strong. I'm looking forward to going back to the team, (to) work hard and do our best for the weekend," he added.

Sauber lawyer Rodney Garratt had earlier argued it would be "reckless" to let him compete in an unfamiliar car tailored to another driver and without going through the two-week seat-fitting process.

He said such a move would be "dangerous" and put other drivers and support staff at an "unacceptable" risk.

"Mr. van der Garde has no experience driving the C34 Ferrari and would not have sufficient time to learn," Garratt told the court.

But van der Garde's lawyer Tom Clarke argued that in 2012, a Formula One driver was fitted with a seat just three days after being granted a drive by an emergency ruling.

Sauber's chief executive Monisha Kaltenborn said the team was "disappointed" with the ruling, in a statement released before it launched its appeal.

"What we cannot do is jeopardise the safety of our team, or any other driver on the track, by having an unprepared driver in a car that has now been tailored to two other assigned drivers," Kaltenborn said.

Van der Garde insisted there would be no safety issues if he was in the cockpit for Sunday's race.

"No, not at all. I'm the fittest ever. I've been training the last three months flat-out," he said, adding that despite the dispute he was keen to work with Sauber again.

Van der Garde, who drove for fellow minnows Caterham during the 2013 season, making 19 starts, said he would be on track at Albert Park on Wednesday afternoon to prepare for the race.

Sauber endured a poor season in 2014, failing to register a single point in 19 races.

But they showed encouraging speed and reliability in pre-season testing with Nasr going fastest on the second day of the first test in Jerez.

Comments
Topics mentioned in this article
Sauber Formula 1
Get the latest updates on India vs England Series, India vs England , live score and IPL 2021 Auction . Like us on Facebook or follow us on Twitter for more sports updates. You can also download the NDTV Cricket app for Android or iOS.