For the first time since 2005, there will be only nine teams in the paddock and some of them are competing in straitened circumstances. 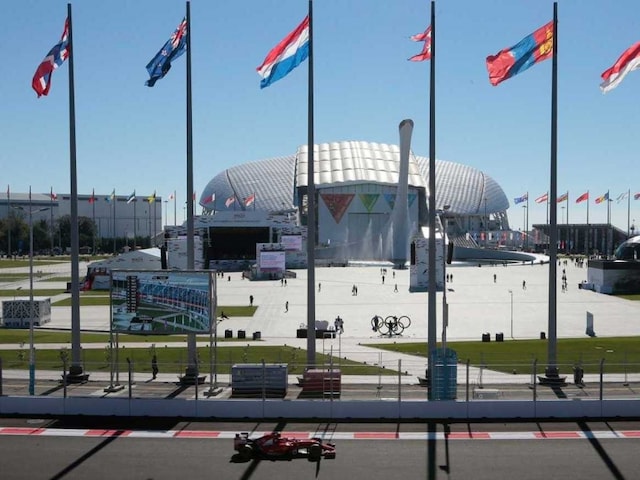 There is specualtion of several F1 teams facing financial woes. It is a serious threat to the sport.© AP
London:

Talk of financial crisis in Formula One is nothing new but the absence of back-markers Caterham and Marussia from this week's U.S. Grand Prix after they went into administration has concentrated minds.

For the first time since 2005, there will be only nine teams in the paddock and some of them are competing in straitened circumstances.

It is a long-standing joke that the best way to make a small fortune in Formula One is to start with a large one, but securing even a basic budget is proving increasingly difficult in a sport that burns through cash at eye-watering speed. (Marussia enter bankruptcy protection)

Sauber have made no secret of their problems while Force India owner Vijay Mallya continues to make headlines after being declared a "wilful defaulter" last month by state-run lender United Bank of India.

Speculation has also swirled around Lotus, who have had serious financial problems.

The signs of trouble have been there for years, with regular warnings and calls for cost caps along the way. The plight of Caterham and Marussia, who are both hoping to find a buyer, comes as no surprise.

"It seems that the chickens have come home to roost," Max Mosley, the former president of the governing International Automobile Federation, told the Times newspaper on Monday.

Mosley helped three new teams into the sport at the start of the 2010 season, after a manufacturer exodus, with a promise of budget caps and regulation tweaks to ensure they could compete on a level playing field.

The 40 million pound ($64.55 million) annual budget cap never happened, with the big teams refusing to countenance such a measure, and by the end of the 2010 season Mosley spelled out the risks implicit in that rejection.

"I'd say six teams are wondering where the rest is coming from. It's quite possible we will lose two or three teams."

The Briton's words would have been just as valid now.

"The budget cap was absolutely the right thing to do," he said on Monday. "Clearly no sport can survive properly when some teams are spending four and five times more than the smallest. There cannot be proper competition that way."

Caterham, which started life as Lotus Racing under Malaysian entrepreneur Tony Fernandes, was supposedly sold in July and went into administration last week amid a paper storm of accusations and counter-claims.

Marussia, which made its debut in 2010 as Virgin Racing, followed on Monday for financial reasons. Spanish-based HRT folded at the end of 2012.

The U.S. Grand Prix will be the first race since 2009 without any of those new teams and risks being remembered as the end of a bold experiment that might have succeeded but ultimately was doomed by vested interests and a lack of vision.

Of the three, only Marussia ever scored any points and that was in May when French driver Jules Bianchi finished an astonishing ninth for a team so hard up it could not afford celebratory champagne.

Bianchi now lies critically injured in a Japanese hospital after an horrific crash in Japan three weeks ago, a personal tragedy that was also a disaster for the team.

Even without the nightmare of Suzuka, Marussia were on borrowed time with the team desperately trying to stay afloat in a very deep ocean.

Their budget of about 50 million pounds ($80.69 million) was generally regarded as the smallest of all the teams and compared to $200 million plus for the likes of Mercedes and Ferrari.

Formula One has seen more than 120 teams come and go, with Ferrari the only one to have stayed the course since the championship started in 1950. Some 51 never scored a point.

To some, that is the nature of a sport that carries no passengers and in which only the fittest survive.

Just as the graveyards of Europe are filled with indispensable men, so too the Formula One scrapheap is piled high with illustrious names once considered immortal.

But there are many who question whether teams should still be folding in a sport with an annual turnover of more than $1.5 billion and an annual prize fund of more than $750 million.

Part of the problem lies in the distribution of that fund, with the big teams taking the lions' share and some, such as Ferrari, getting additional special bonuses.

"In every industry, successful companies stay in the market, and less successful ones disappear," said Paola Aversa of London's Cass Business School.

"However, if we consider that in F1 on average one company goes under every year...and that even the successful firms struggle to break even, we must wonder whether the business model of this industry is actually sustainable.

"We should ask whether the distribution of wealth is proportionate to a point that allows all the players, both administrators and teams, to get a fair share of the pie and thus achieve a reasonable turnover."

Aversa pointed to the major American sports as an example of a business model that ensured even small teams could compete.

Whether Formula One, where a small team's engine supply alone costs around $20 million a year, has the will to change remains another matter.

The talk now is increasingly about the big teams possibly running three cars rather than two, a move that would only increase the problems of smaller outfits that risk being squeezed even further out of the points.

The FIA has made no substantial headway in reining in costs. Now under former Ferrari boss Jean Todt, the governing body announced last year that a cost cap would be introduced for 2015.

In April, Todt said the plan had been dropped because the leading six teams did not believe it was viable.

Comments
Topics mentioned in this article
Caterham Force India Lotus Sauber Formula 1
Get the latest Cricket news, check out the India cricket schedule, Cricket live score . Like us on Facebook or follow us on Twitter for more sports updates. You can also download the NDTV Cricket app for Android or iOS.