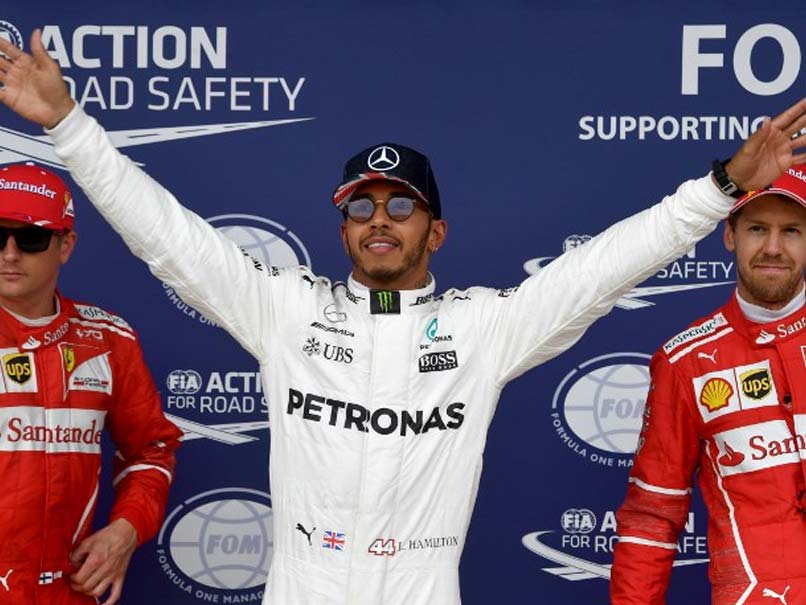 Lewis Hamilton stormed to a provisional fifth Silverstone pole of his career after a dazzling performance during a rain-affected qualifying session on Saturday for the British Grand Prix. The Briton thrilled home fans with a devastating quickest lap of 1min 26.600sec to finish 0.547sec clear of Ferrari's Kimi Raikkonen, although Hamilton was under investigation for potential impeding. Championship leader Sebastian Vettel was left frustrated in third in the second Ferrari ahead of Valtteri Bottas in the second Mercedes.

Bottas, however, faces a likely five-place grid penalty for an unscheduled gearbox change, while stewards were looking into an incident in which Romain Grosjean claimed he was blocked by Hamilton.

Max Verstappen was fifth for Red Bull ahead of Nico Hulkenberg of Renault, Sergio Perez and his Force India team-mate Esteban Ocon.

Stoffel Vandoorne took an encouraging ninth for McLaren ahead of Grosjean of Haas.

"You always try to save the best till last," said Hamilton, who closed to within one of Michael Schumacher's record of 68 poles. "I felt very comfortable in these conditions - they are the conditions we grew up racing in here in England."

"It felt ok, but the conditions were not easy, changing a lot," said Raikkonen. "The car felt the best it had this weekend, but not quite fast enough for first place."

Vettel said: "The car came alive this morning and that was really good. It's a shame there that in the last run in Q3 there was not more time!"

Comments
Topics mentioned in this article
Mercedes Ferrari Lewis Hamilton Kimi Raikkonen Sebastian Vettel Silverstone Formula 1
Get the latest updates on Olympics 2020, Olympics 2020 Medal Tally, Live Cricket Score . Like us on Facebook or follow us on Twitter for more sports updates. You can also download the NDTV Cricket app for Android or iOS.