Formula One bosses reacted to Lewis Hamilton's stinging criticism of their confused anti-racism efforts by saying that the sport is on course to make lasting changes. 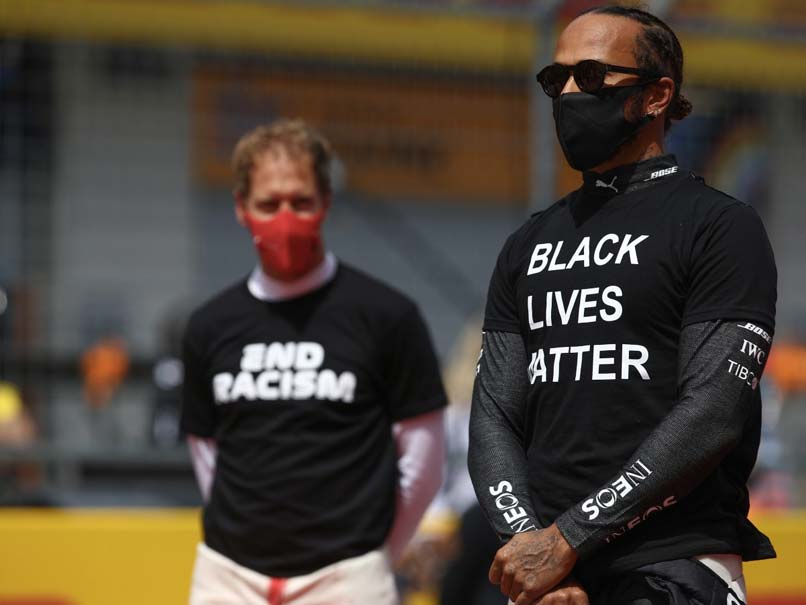 Lewis Hamilton said F1 was not doing enough to send a strong message against racism.© AFP

Formula One bosses reacted to Lewis Hamilton's stinging criticism of their confused anti-racism effortsby saying that the sport is on course to make lasting changes. Six-time champion Hamilton, the only black driver on the grid, spoke out after winning Sunday's Hungarian Grand Prixto go top of the embryonic drivers' championship after three races.

He said F1 was not doing enough, lacked leadership and had presented a campaign that required better coordination - adding that he would pushing for improvement this week.

He said the sport's 'We Race As One' campaign had made no progress since its pre-season launch.

Following another hurried and shambolic pre-race anti-racism ceremony, during which several drivers took a knee while others stood, arrived late or remained absent, Hamilton said he would write to Formula One chief Chase Carey and the president of ruling body the International Motoring Federation Jean Todt.

"Moving forward, we need to speak to Formula One," said Hamilton "They've got to do a better job. It was such a rush, us getting out of the car, running over, quickly doing the knee. They need to do more.

"I don't know why they've only done it for the first race. They did it at the start, but they've not done it since then. They've come out saying they're going to be fighting for diversity and end racism, but they're not giving us the platform to continue that."

Referring to the muddled support for 'taking a knee' during the pre-race routine, he added: "There definitely is not enough support for it.

"Many drivers seem to be of the opinion that they have done it once and are not going to do it again. It's almost like it has gone off the agenda. It's lacking leadership. There needs to be leadership from the top."

Formula Oneresponded overnight Sunday with a statement: "Ending racism and increasing diversity and inclusion in F1 is a clear priority.

"We set out our plans for diversity and inclusion last November and have in recent weeks announced additional plans to create a Taskforce to tackle these issues and a foundation with over $1 million already donated to create apprenticeships and job opportunities for under represented groups.

"We want to make lasting change and are acting to do this."

The initial $1 million dollars was provided personally by Carey with Todt pledging that the FIA will add a further 1 million euros (1.15 million).

On Sunday, the ceremony that had been organised on the grid prior to the national anthem at the season-opening Austrian Grand Prix was switched to the 'parc fermee' in the pit lane and received only brief television coverage.

Mercedes Formula 1 Hungarian Grand Prix Hungaroring
Get the latest updates on IPL 2021, check out the IPL 2021 Schedule and Indian Premier League Live Score . Like us on Facebook or follow us on Twitter for more sports updates. You can also download the NDTV Cricket app for Android or iOS.