Formula One's annus mirabilis has the ending it deserves with Lewis Hamilton and Max Verstappen on exactly the same number of points ahead of the weekend's winner-takes-all showdown in Abu Dhabi. 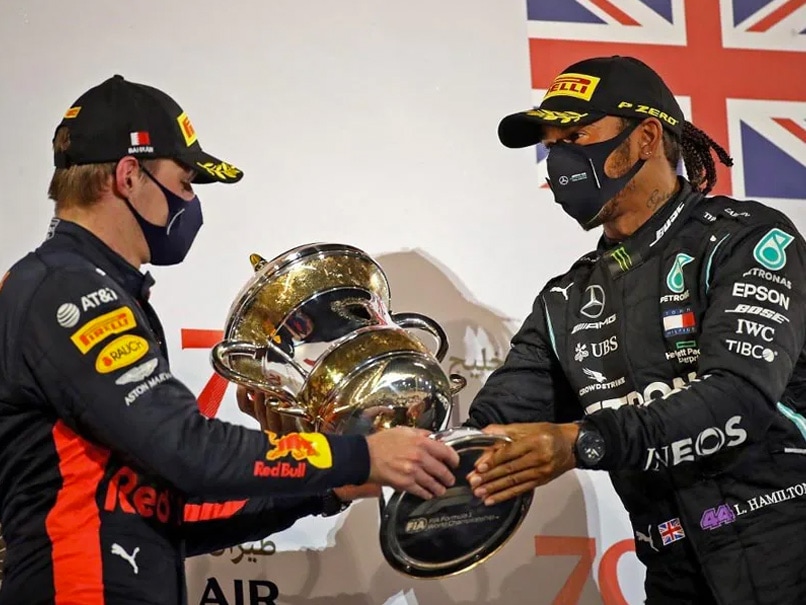 Lewis Hamilton and Max Verstappen will fight it out for the title in Abu Dhabi.© AFP

Formula One's annus mirabilis has the ending it deserves with Lewis Hamilton and Max Verstappen on exactly the same number of points ahead of the weekend's winner-takes-all showdown in Abu Dhabi. Back in July Verstappen had built up a cosy 32-point lead but the momentum is now back at Mercedes with Hamilton driving like a man with an unprecedented eighth world championship in his sights. The Briton's against-all-odds win in Brazil, Qatar cruise and Sunday's Saudi stunner means that for the first time since Emerson Fittipaldi and Clay Regazzoni in 1974 the title protagonists go into the closing race level on points.

Hamilton produced what three-time former world champion Jackie Stewart suggested "might be the best race he's ever driven" to emerge triumphant from the chaos of a hot and sticky night in Jeddah.

The 36-year-old Briton and his Dutch rival, who is 12 years younger, have for the large part treated each other with respect.

But after 20 races, the equivalent of driving from New York to London, the pair head to Yas Marina with their relationship seemingly at its lowest point.

Not for the first time in 2021 their cars touched on Sunday, with Hamilton accusing Verstappen of "brake-testing" him.

"That guy is crazy man...It was just dangerous driving, dude," he snapped over the team radio, adding later: "He's over the limit for sure".

Verstappen denied underhand tactics, saying he had been trying to give the lead back as directed after cutting across him illegally as the Briton tried to overtake.

Hamilton has not got to where he is this week standing at the door of F1 history without a cool head on his shoulders.

He noted: "I've avoided collision on so many occasions with the guy and I don't always mind being the one that does that because you live to fight another day, which I obviously did."

Mindful of the high stakes at play his Mercedes team boss Toto Wolff expressed hope that the drivers' crown would be decided by a clean fight on the track next Sunday.

"You've seen incidents today that were pretty much Brazil at slower speeds. And we don't want to have that in Abu Dhabi. The quicker car with the quicker driver should win the championship, and not by taking each other off," he added.

"And I don't think that the championship has deserved a result which was influenced by a collision," he added, evoking the notorious rivalry between Ayrton Senna and Alain Prost.

The feud between Senna and Prost came to a head in Japan in 1990 when Senna barged down the inside of the Frenchman at the start, taking both cars out, with the championship going to the Brazilian.

While title deciders are uncharted water for Verstappen, Hamilton has been here before, many times.

In 2007 he lost out to Kimi Raikkonen by one point, before securing the first of his seven titles 12 months later in dramatic circumstances.

Felipe Massa, trailing Hamilton by seven points, needed to win his home race and Hamilton to finish no higher than sixth.

And that was the situation when Massa took the chequered flag.

For a few seconds the crown was his, only for Hamilton to overtake Timo Glock on the final bend to cross the line in fifth and take the championship by a whisker.bvefbef

If he does manage to pull it off and draw clear of Michael Schumacher with eight F1 titles Hamilton believes it would be "the most significant" one of all.

The stage is set then with the crown awaiting either the man who has rewritten his sport's record books or the fearless young Dutch pretender who has pushed the champion like no one before him.

"It's all going down to the wire, that's how the sport should be and we love it," said Wolff.

For his counterpart at Red Bull, Christian Horner, "it's a straight-out fight as it has been for the entire year.

"For the fans it is fantastic, it keeps the championship dream alive and we have one shot and it's time to take it," he added.

Mercedes Formula 1
Get the latest updates on SA vs IND 2021-22, check out the Schedule and Live Score . Like us on Facebook or follow us on Twitter for more sports updates. You can also download the NDTV Cricket app for Android or iOS.