American media, communications and entertainment conglomerate Liberty Media under billionaire John Malone is buying out Formula 1's parent company in a deal which values the sport at $8 billion 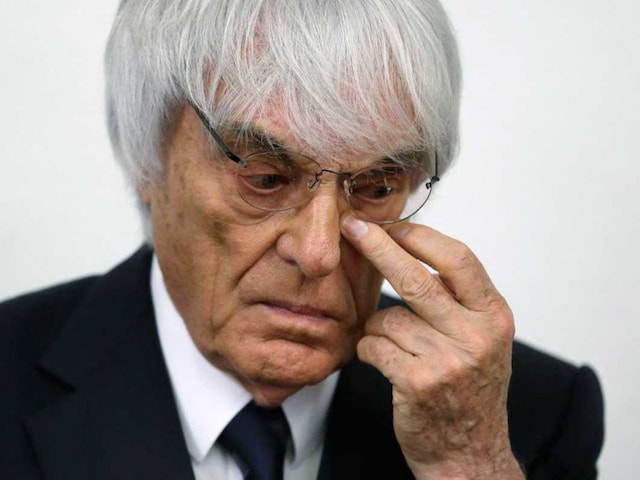 Bernie Ecclestone will continue as the CEO of Formula 1.© AP

Formula 1 team bosses said unanimously on Friday the takeover of the sport by US firm Liberty Media was a positive move and welcomed the chance to become shareholders.

The American media, communications and entertainment conglomerate under US billionaire John Malone is buying out F1's parent company in a deal which values the sport at $8 billion.

The sport's new American chairman Chase Carey flew into Singapore with CEO Bernie Ecclestone Friday in time to witness the second practice session for Sunday's Grand Prix on what is the first race weekend of the new era for the sport.

"With everything we've heard so far it sounds very positive," Red Bull team principal Christian Horner said after the practice at the Marina Bay circuit.

"They are obviously part of a very serious group and I can't believe a company like Liberty would buy into Formula One at the value that has been rumoured without a long-term game plan."

And Horner welcomed the chance for teams to take up shares in the sport's new parent company after Liberty Media said in a statement that teams will be "given the opportunity to participate in the investment in Formula 1".

"The teams are key stakeholder and without the teams there is no Formula One," said Horner. "So for teams to take a minority shareholding makes sense.

"If it were to be offered to all the teams on an equal basis it makes total sense."

Sauber team principal Monisha Kaltenborn would like the new owners to ensure the vast revenue it generates is distributed fairly between the teams.

"I do also hope that they see this sport has to be looked at on the inside and that they will take steps to ensure competitive parity," said Kaltenborn.

Haas boss Guenther Steiner said he hoped that Liberty could improve Formula One's presence in the US.

"There is big potential in the States and we, being an American team, hope they bring that market to fruition."

Horner seemed glad to see the back of private equity firm CVC Capital Partners, who had controlled the sport for the last 10 years.

"Rather than venture capitalists or financial institutions buying into the sport, I think it's far better for the sport that a company like Liberty have bought in," added Horner.

"Hopefully that will address some of the ares we have been weak in previously, it could be a great thing for the US market and for some of the other platforms like digital and social media."