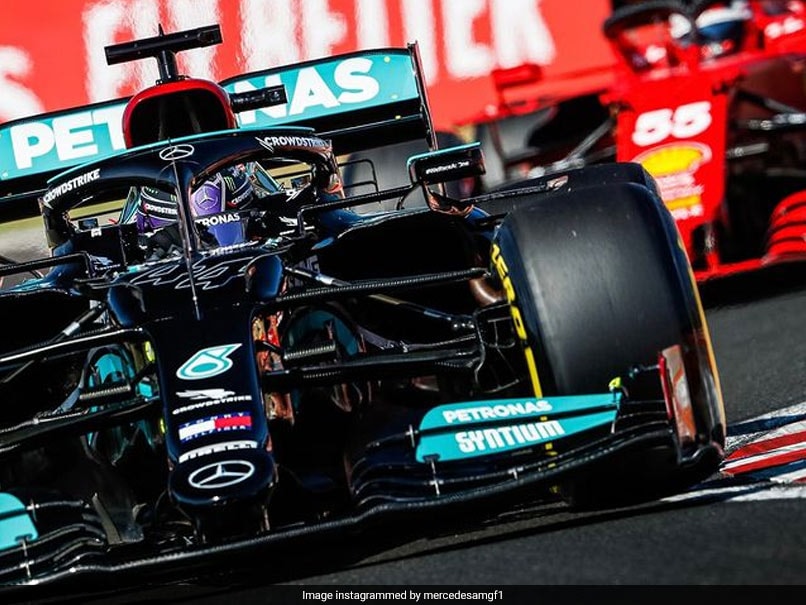 Mercedes will reveal their W13 Formula 1 car on February 18 in an online event.© Instagram

Mercedes have announced February 18 as the reveal date for their 2022 Formula 1 car - the W13 - that is set to see Lewis Hamilton and George Russell compete as team mates for the first time. The eight-time constructors' champions are seeking to extend their record with a ninth consecutive title this season, while Hamilton looks for a record eighth drivers' championship title. Russell makes his full-time debut for the Silver Arrows as Valtteri Bottas has departed for Alfa Romeo.

Mercedes will reveal their W13 Formula 1 car on February 18 in an online event from Silverstone. That's eight days after customer team Aston Martin take the covers off their AMR22. The W13 will then be given a shakedown run around the iconic circuit later that day.

On Monday, McLaren announced February 11 as the launch date for their 2022 Formula 1 car, the MCL36. Daniel Ricciardo and Lando Norris will pilot the 2022 McLaren Formula 1 car and hope to build on last season, which saw the team take the only one-two finish of 2021 (at Monza) and finish fourth - just behind rivals Ferrari - in the championship.

McLaren will not only unveil their F1 car on February 11, but have teased on social media that three of their other operations will also be present at the launch at the team's Woking base, namely their Extreme E, IndyCar, and Esports squads.

Mercedes Formula 1
Get the latest updates on ICC Women's Cricket World Cup 2022 and IPL 2022, check out the Schedule , Live Score and IPL Points Table. Like us on Facebook or follow us on Twitter for more sports updates. You can also download the NDTV Cricket app for Android or iOS.