Formula 1: Former World Champion Kimi Raikkonen To Retire At The End Of The Season

Former world champion Kimi Raikkonen announced that he will retire from Formula One at the end of the season, 20 years after making his debut in the sport. 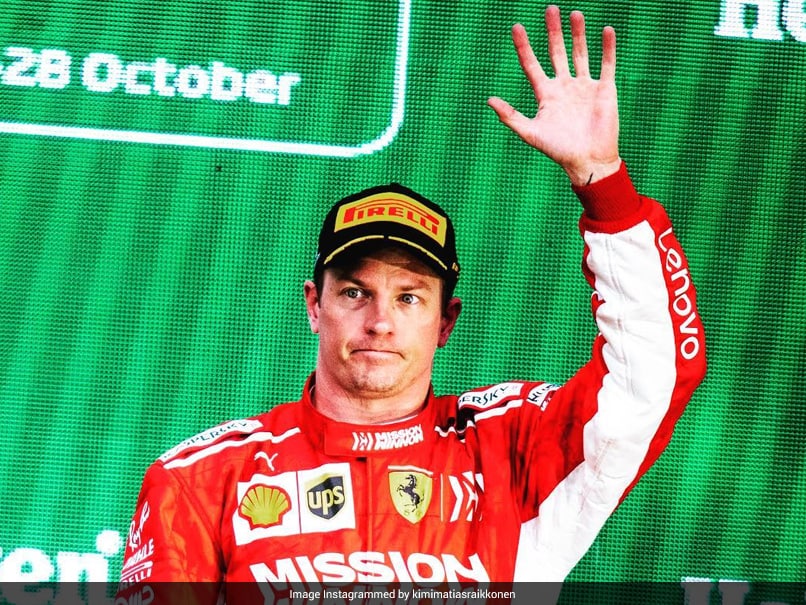 Kimi Raikkonen won the world championship in 2007 while driving for Ferrari.© Instagram

Former world champion Kimi Raikkonen announced on Wednesday that he will retire from Formula One at the end of the season, 20 years after making his debut in the sport. The 41-year-old Finn has won just two points this year for the struggling Alfa Romeo team. He won the world championship in 2007 while driving for Ferrari, pipping then-McLaren pair Fernando Alonso and Lewis Hamilton to the title by a single point. "This is it. This will be my last season in Formula One," Raikkonen said in a statement on Instagram.

"This is a decision I did during last winter. It was not an easy decision but after this season it is time for new things," he added.

He holds the record for most Formula One race entries with 344 and has 21 Grand Prix wins to his name, as well as 18 pole positions and 103 podium finishes.

Raikkonen made his F1 debut with Sauber in 2001 before enjoying success during a five-year spell with McLaren, winning nine races, seven of which came in 2005 when he finished second in the drivers' standings behind Alonso.

His finest moment came two years later when he capped his debut season for Ferrari with a dramatic world championship triumph.

Raikkonen left the sport for two years in 2010 and 2011 and raced in NASCAR and the world rally championship.

But he returned with Lotus in 2012 before rejoining Ferrari two years later.

His last race win came at the 2018 United States Grand Prix but he left Ferrari for Alfa Romeo at the end of that season.

The Italian manufacturer have found themselves regularly at the back of the grid in the last two campaigns, with Raikkonen posting just six points since the start of last year.

"Even though the season is still on, I want to thank my family, all my teams, everyone involved in my racing career and especially all of you great fans that have been rooting for me all this time," added Raikkonen, nicknamed 'The Iceman'.

Media reports have linked his compatriot Valtteri Bottas with a move to replace him, which would free up a seat alongside Hamilton at Mercedes for promising Williams driver George Russell.

Ferrari
Get the latest updates on India vs South Africa and check out  Schedule, Results and Live Score. Like us on Facebook or follow us on Twitter for more sports updates. You can also download the NDTV Cricket app for Android or iOS.