Force India's Sergio Perez, who started fifth, came home in seventh place ahead of teammate Nico Hulkenberg, who finished eighth after starting ninth on the grid in the Japanese Grand Prix 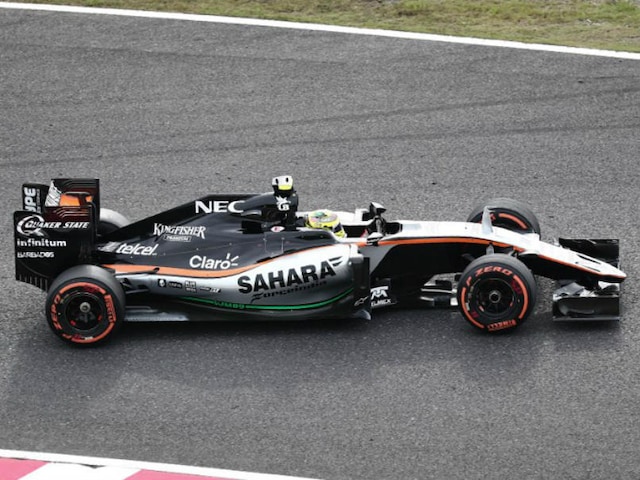 Force India only had a lead of three points over Williams before the start of Japanese Grand Prix.© AFP

Fourth-placed Force India extended their lead over closest rival Williams to 10 points by recording a double points finish in the Formula One Japanese Grand Prix on Sunday.

Sergio Perez, who started from fifth on the grid, came home in seventh place ahead of teammate Nico Hulkenberg, who finished eighth after starting ninth on the grid.

Force India only had a lead of three points over Williams before the start of the race. Their battle is expected to go down to the last race in Abu Dhabi on November 27.

Williams did not have the pace to match Force India all weekend before they managed to pick up three points through Valtteri Bottas and Felipe Massa.

"We leave Japan feeling satisfied with our performance across the whole weekend. We qualified well, which allowed us to execute the optimal two-stop strategy with both cars. Seventh and eighth was the most we could realistically hope to achieve given the reliability of the cars at the front of the field, so it's rewarding to bring home 10 important points," said deputy team principal Robert Fernley.

"It was very enjoyable watching Checo and Nico involved in several close fights in the early laps. They pulled off some exciting moves - which were very important because they enabled the strategy to play out in our favour. With four races to go, we must maximise our potential at every event because there's still a long way to the end of the season," he added.