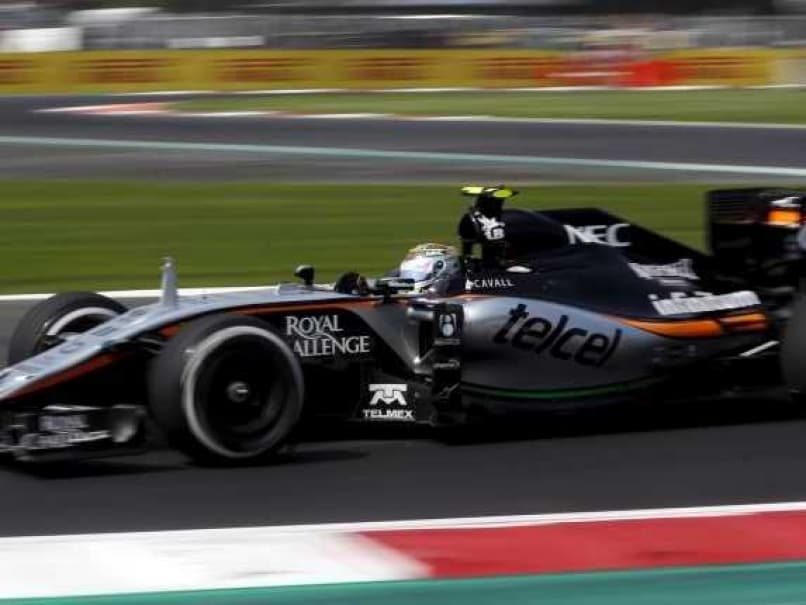 Force India have struggled financially and sought in October a $10 million advance on their 2016 championship payments.© Reuters
Birmingham:

Force India are unlikely to have Aston Martin branding this season but talks have not been abandoned entirely, the Formula One team's chief operating officer Otmar Szafnauer said on Thursday.

"We're still discussing," he said at the Autosport show.

"In the short term, meaning 2016, I don't see that type of rebranding happening. But you never know what the future holds thereafter."

The agreement would have seen the British-based team transformed in name and look to feature the Aston Martin branding.

"Obviously, if something is going to happen, it should happen before the start of next season because then one would have to think about the livery, the uniforms, team kit and so many other things," Mallya had said then.

Force India have struggled financially and sought in October a $10 million advance on their 2016 championship payments, the same amount they were granted before the start of the season.

Johnnie Walker are owned by Diageo, who are majority shareholders in Mallya's United Spirits Limited, and several of their liquor brands are already visible on the Force India cars.

Szafnauer said Formula One had an appeal to Aston Martin but more with an eye for the future.

"If it now happens in the long term, is there disappointment? Probably not," he said.

Aston Martin chief executive Andy Palmer told Reuters in July that the chances of Aston Martin returning to Formula One for the first time since 1960 were "improbable".

"Everybody knows Aston Martin. I have a job to do in terms of getting us back into the conversation amongst people that cross-shop sports cars, be it McLaren, be it Ferrari or Porsche. I need to be in that conversation," he said then.

"But to get into Formula One, that's serious money that I don't have."

Comments
Topics mentioned in this article
Force India Formula 1
Get the latest updates on ICC Women's Cricket World Cup 2022 and IPL 2022, check out the Schedule , Live Score and IPL Points Table. Like us on Facebook or follow us on Twitter for more sports updates. You can also download the NDTV Cricket app for Android or iOS.