Sebastian Vettel was given a 10-seconds penalty for moving under braking during an on-track battle with Daniel Ricciardo of Red Bull. 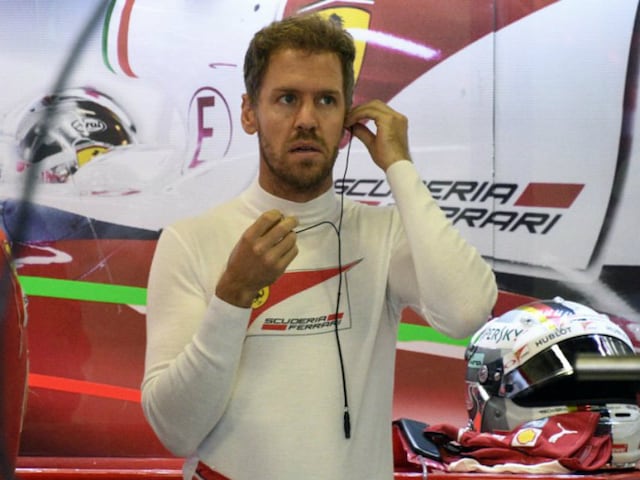 Sebastian Vettel had repeated that he did not agree with the stewards' decision.

Ferrari have submitted a request to the International Motoring Federation (FIA) for a review of the stewards' decision to penalise Sebastian Vettel at the Mexican Grand Prix.

The four-time world champion was given a 10-seconds penalty for moving under braking during an on-track battle with Daniel Ricciardo of Red Bull.

This cost him third place on the podium, after he had taken part in the post-race celebrations.

Vettel was relegated from third to fifth.

In their request, Ferrari said "new elements have come to light" to support their view that, even if the result cannot be changed, it was important to set a precedent.

"Scuderia Ferrari has submitted a request to the Stewards of the 2016 Mexican Grand Prix to review their decision to penalize Sebastian Vettel for breach of Article 27.5 of the 2016 F1 Sporting Regulations as a consequence of his driving behavior in Turn 4 of lap 70," said a statement from Ferrari on Thursday.

"Scuderia Ferrari considers that a number of new elements have come to light after the decision was rendered that make the decision reviewable under Article 14.1 of the International Sporting Code.

"Scuderia Ferrari is aware that championship rankings will not change, regardless of the outcome. But in light of its importance as a precedent for the future, and in order to provide clarity in the application of the rules in future events, Scuderia Ferrari believes that the decision should be reconsidered by the Stewards."

Earlier Thursday, during a news conference, Vettel had repeated that he did not agree with the stewards' decision.

"I think I moved over once to defend my position," he said. "After that, I think I gave Daniel enough room on the inside."

He added that Ricciardo had locked up because there was no grip on the inside of the track.

Comments
Topics mentioned in this article
Sebastian Vettel Ferrari Formula 1
Get the latest Cricket news, check out the India cricket schedule, Cricket live score . Like us on Facebook or follow us on Twitter for more sports updates. You can also download the NDTV Cricket app for Android or iOS.