Fernando Alonso declined to give details and, when asked if he was talking to any teams about a comeback, smiled and said: "Always." 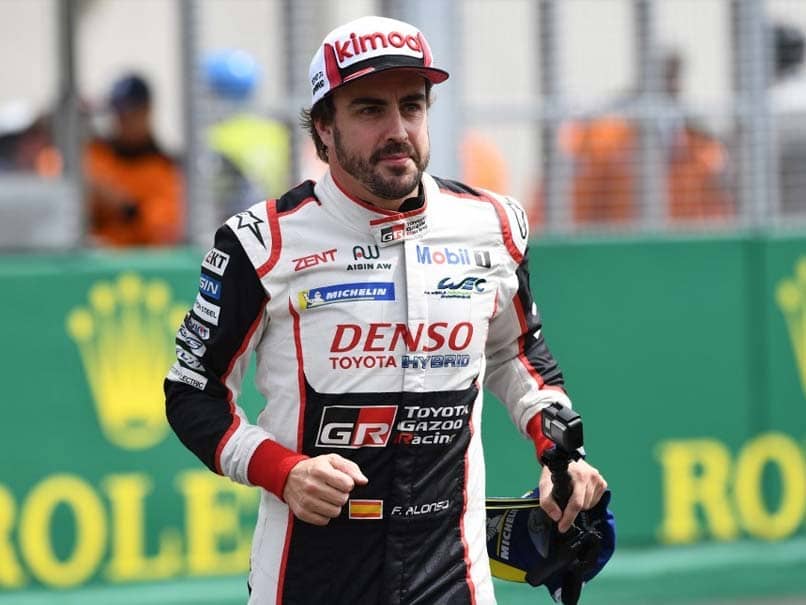 Fernando Alonso hinted on Friday he is considering making a return to Formula One.© AFP

Fernando Alonso hinted on Friday he is considering making a return to Formula One following an overhaul of the rules for the 2021 season. But the two-time world champion Spaniard, who 'retired' last year after a disappointing spell with McLaren, was enigmatic when asked if he was in contact with any teams. "Let's see," he said, during an interview with Sky Sports F1. "I need to figure out a couple of different challenges out of Formula One that I need to complete. "They are not yet finished -- like the Indy 500 and some other stuff. So, 2021, with the new regulations... I think it's a good mix that we can find there and maybe a different Formula One than what we see now.

"The reasons why I left last year are still present now with domination of a clear team and the races a little bit too predictable, but in 2021 these things can be changed and maybe it's a good opportunity."

He declined to give details and, when asked if he was talking to any teams about a comeback, smiled and said: "Always."

Alonso was in the Monza paddock in his role as an ambassador for McLaren.

Since leaving F1 last year, Fernando Alonso has taken part in a variety of motor racing events, winning the World Endurance Championship in June and making a second bid to triumph at the Indianapolis 500.

He said he is now involved in testing in readiness for a possible attempt on the Dakar Rally in January.

He admitted that he was apprehensive about the commitment to a 22-race F1 calendar if he made a comeback.

"Twenty-two races is non-stop," he said.

Fernando Alonso
Get the latest updates on IPL 2020, check out the IPL Schedule for 2020 and Indian Premier League (IPL) Cricket live score . Like us on Facebook or follow us on Twitter for more sports updates. You can also download the NDTV Cricket app for Android or iOS.