The goal to eliminate the sport carbon footprint includes not only race cars on the track but the entire F1 circus that accompanies the sport. 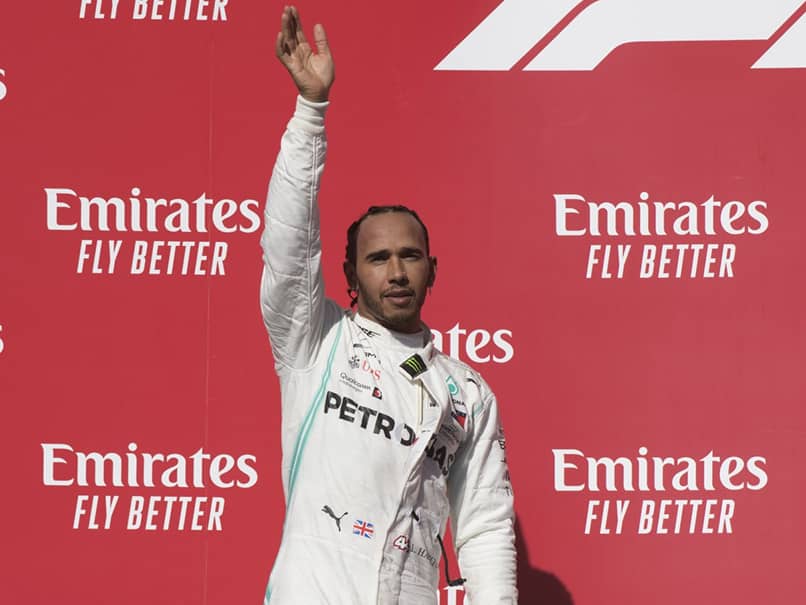 Formula One appear to have taken on board six-time champion Lewis Hamilton's concerns over the environment and have announced plan to become carbon neutral by 2030. The goal to eliminate the sport carbon footprint includes not only race cars on the track but the entire F1 circus that accompanies the sport, extending to road and air transport of team employees as well as the transportation of equipment to the tracks all over the world.

F1 says it will "move to ultra-efficient logistics and travel and 100% renewably powered offices, facilities and factories" and offset emissions that cannot be cut, according to the BBC.

F1 are taking immediate steps in their drive to be environment-friendly by beginning carbon-reduction projects with the target of making all events "sustainable" by 2025, including eliminating single-use plastics and ensuring all waste is reused, recycled or composted.

F1 cars are already engineered to be vastly more eco-friendly than street cars. Engines have a thermal efficiency rating of 50%, whereas street-car petrol engines are rated in the region of 30%, Beginning in 2021, rules will demand the petrol used in F1 has a biofuel content of at least 10%.

The teams' present engines are due to be used till 2025 but F1 are hoping they will ultimately create "the world's first net-zero carbon hybrid internal combustion engine".

F1 says it has come up with its plan to have a net-zero carbon footprint "after 12 months of intense work with motorsport's governing body the FIA, sustainability experts, F1 teams, promoters and partners".

Hamilton, who has just claimed his sixth world championship, raised eyebrows with recent social media outpourings worrying about the "extinction of our race" if humans kept eating animals. The Briton  switched to a plant-based diet in 2017.

Hamilton said ahead of the Mexico Grand Prix last month he intended to make himself carbon-neutral by the end of this year, explaining that he is swapping his fuel-reliant road cars for electric cars.

"I don't allow anyone in my office, but also within my household, to buy any plastics," he said.

"I want everything recycle-able down to deodorant, down to toothbrush, all these kind of things.

"I sold my plane over a year ago. I fly a lot less now. I try to fly less through the year and mostly fly commercial so that's been a big change in my habits."

However, Formula One's move may not be to the liking of Hamilton's Red Bull rival Max Verstappen.

The 22-year-old Dutch pilot said before the Mexican Grand Prix that the racing series should "not over-react or be a drama queen."

"Yeah, I like fuel. Can I say that? I don't like electric stuff. Well, I like my little electric moped at home, but not for an F1 car.

"I know the environment is very important, but F1 has been around for a long time as well and I don't think we should over-react or be drama queen about it.

Max Verstappen Formula 1
Get the latest updates on IPL 2020, check out the IPL Schedule for 2020 and Indian Premier League (IPL) Cricket live score . Like us on Facebook or follow us on Twitter for more sports updates. You can also download the NDTV Cricket app for Android or iOS.