Bernie Ecclestone's time as the colourful ringmaster of the Grand Prix circuit was effectively finished on Monday when US-based Liberty Media completed its takeover of motorsport's most prestigious brand in a deal valued at about $8 billion. 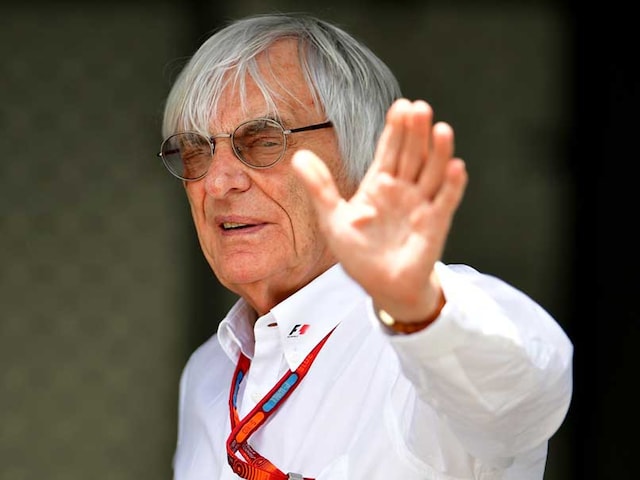 Bernie Ecclestone was credited with transforming F1 into a multibillion global business.© AFP

Bernie Ecclestone's four-decade reign as a "dictator" of Formula One had to end if the sport is to have the fresh start it needs, new chairman and chief executive Chase Carey says.

Ecclestone's time as the colourful ringmaster of the Grand Prix circuit was effectively finished on Monday when US-based Liberty Media completed its takeover of motorsport's most prestigious brand in a deal valued at about $8 billion.

While the 86-year-old Ecclestone, a former car salesman, was widely credited with transforming Formula One into a multibillion global business, there have been growing complaints in recent years that the sport has failed to modernise under the Englishman's no-nonsense leadership.

There has also been the view inside and outside the sport -- and a concern shared by Carey -- that it is wrong for one man to wield as much power as Ecclestone did in Formula One.

Despite sidelining Ecclestone to an advisory role as "chairman emeritus" Carey stressed to the BBC that he had "tremendous respect" for Ecclestone and will value his input.

But he said that F1 "needs to be run differently than for the last four or five years".

"He has run this sport for his entire adult life and I respect completely that this is a difficult change," Carey said.

"We have tried to deal with him with the respect he's due, which is why we offered him the chairman emeritus title.

"I have been sincere in saying I value his help and advice as we go forward.

"He calls himself a dictator. He has run it as a one-man dictator for a long time. I think the sport needs a fresh perspective.

"But he has a lot to continue to offer and he will always be part of the F1 family."

The American Carey, a vice-chairman of the 21st Century Fox media conglomerate, has a proven record in expansive sport-media growth and expertise in the value and exploitation of sports rights, notably in the US market, where Formula One has struggled to gain a foothold.

"Bernie is a one-man team. It was not right in today's world," added Carey.

"The decision-making is not as effective as it needs to be. Clearly it has to be improved. One of the benefits we bring is a fresh start."

Carey added that Formula One had not grown as much as it needed to and that Liberty could exploit new technologies to do just that.

But he stressed the new owners would protect historic races, insisting there would still be a British Grand Prix amid speculation the Silverstone course -- which has had several run-ins with Ecclestone over staging fees -- would be stripped of the event in 2019.

"We needed a sport that while respecting what made it great has a sense of energy and innovation," Carey said.

"In many ways, in a simplistic sense, the sport said 'no' too much and we have to start saying 'yes' -- not gimmick it up but find ways to do new and exciting things to have the sport continue to grow and interest and excite people."

As part of the new management structure, Carey will have highly respected former Mercedes F1 team boss Ross Brawn and Sean Bratches, once a sales executive with North American sports television channel ESPN, running the sporting and commercial sides of F1 respectively under him.

Murray Walker, the Formula One commentator long considered the voice of the sport in Britain, said that F1 owed Ecclestone "an immeasurable debt".

"He is a very tough businessman but if he shakes your hand you don't need a contract. He's as good as his word," Walker told the BBC.

"The most important thing under Bernie's rule was the safety aspect. Formula 1 has been absolutely transformed."