Force India confirmed Esteban Ocon's signing on Thursday on a multi-year contract. A vacancy was created at Force India with Nico Hulkenberg making a switch to Renault 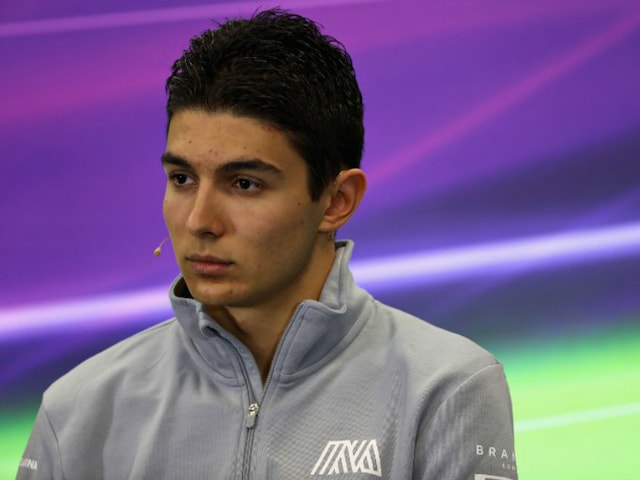 The team confirmed Ocon's signing today on a multi-year contract. A vacancy was created at Force India with Hulkenberg making a switch to Renault.

Ocon, who joined Manor Racing midway into this season replacing Indonesia Rio Haryanto, is also a Mercedes junior driver. The Silver Arrows have dominated F1 over the past three years and supplies engines to other teams on the grid including Force India.

Ocon said he is looking forward to his time at Force India, a team which is currently battling hard with Williams for fourth place in the standings.

"I know the team quite well already because I was a test driver last year and I am really looking forward to working with everybody at Silverstone once again," said Ocon, who has been a F3 and GP3 champion.

"I am still relatively new to Formula 1, but spending half a season at Manor Racing has given me some valuable experience and I feel ready for this new opportunity with Sahara Force India.

"The next few months will be very busy as I do all I can to prepare for the challenge ahead of me. It means lots of days at the factory, working on the simulator and building relationships with the engineers and everybody in the team," he said.

Team boss Vijay Mallya called Ocon an exceptional talent, having worked with him in the past.

"He is an exceptional talent, as his status as a Mercedes Junior demonstrates, and I have no doubt he will flourish inside our team. We have had our eye on Esteban for a number of years and have followed his progress through the junior categories where he delivered outstanding results," said Mallya.

"We ran him in the car last year during testing and his performance convinced us that he is more than capable of racing alongside Sergio," he added.

Ocon's best finish in seven starts has been 16th, which he managed on his debut in Belgium before finishing in the same spot in Malaysia.

Comments
Topics mentioned in this article
Force India Nico Hulkenberg
Get the latest Cricket news, check out the India cricket schedule, Cricket live score . Like us on Facebook or follow us on Twitter for more sports updates. You can also download the NDTV Cricket app for Android or iOS.