Charles Leclerc, who claimed his second victory in the the Virtual Grand Prix championship, marked his Shanghai win by cooking pasta. 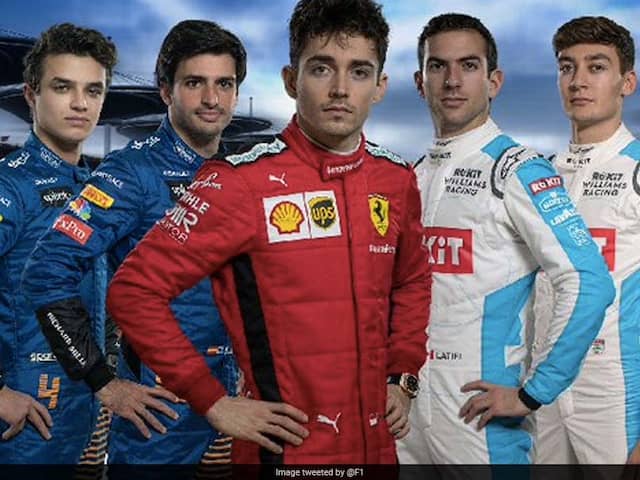 Ferrari's Charles Leclerc claimed a second victory in the Formula One Esports Virtual Grand Prix championship on Sunday, marking his Shanghai win by cooking pasta. Charles Leclerc started on pole and finished ahead of Red Bull's Alex Albon and Guanyu Zhou, who races in Formula 2. "I'm actually enjoying very much playing, and streaming. And I enjoy it even more when I win," tweeted 22-year-old Leclerc who also has two wins in the real F1 world championship. "But the post-race celebrations are somehow feeling a bit different.

"Switching off the computer and go cook white pasta is a bit less glamour than spraying champagne on the podium."

So, @Charles_Leclerc is getting pretty good at taking back-to-back wins, huh?

The Formula One world championship has yet to get underway this season due to the spread of the coronavirus.

Nine of the scheduled 22 races have either been cancelled or postponed.

That would leave the Austrian Grand Prix on July 5 as the delayed season-opener with the British Grand Prix scheduled to follow two weeks later.

Red Bull consultant Helmut Marko told Austrian public broadcaster ORF that the Spielberg track too could host back-to-back races with the second a two-day race during the week.

He said the track manager had already proposed to the government to allow a Grand Prix without fans with chances of its approval "very high".

The British Grand Prix, which is set for July 19, is likely, however, to take place behind closed doors to combat the spread of the coronavirus.

In 2019, official figures showed that 351,000 people attended the Formula One weekend at Silverstone which first hosted a British Grand Prix in 1950.

Ferrari Charles Leclerc
Get the latest Cricket news, check out the India cricket schedule, Cricket live score . Like us on Facebook or follow us on Twitter for more sports updates. You can also download the NDTV Cricket app for Android or iOS.