It was the three-time champion's sixth victory at the Circuit Gilles Villeneuve -- where he claimed his maiden triumph in 2007 -- as well as his third this season and the 56th of his career. 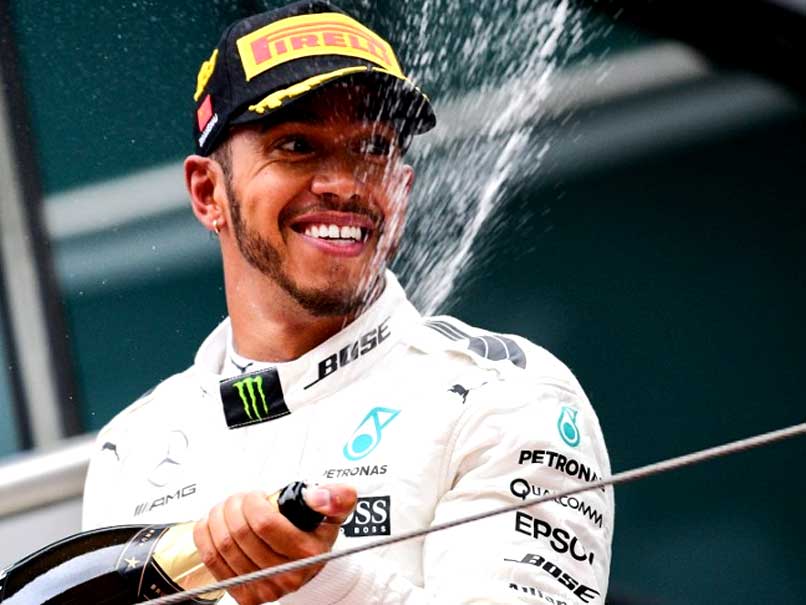 Lewis Hamilton revived his bid for a fourth driver's world title when he cruised to victory in the Canadian Grand Prix on Sunday ahead of his Mercedes team-mate Valtteri Bottas.

It was the three-time champion's sixth victory at the Circuit Gilles Villeneuve -- where he claimed his maiden triumph in 2007 -- as well as his third this season and the 56th of his career.

Hamilton took full advantage of his 65th pole position and led from lights to flag to finish 15 seconds clear of Finn Bottas who, in turn, was 15 seconds ahead of third-placed Australian Daniel Ricciardo of Red Bull.

"A big thank you to this crowd," said Hamilton from the podium where the actor Patrick Stewart served as interviewer. "Every year the energy grows! I had my first pole here and my first win here and to repeat it is incredibly special.

"It was a great team performance and a Valtteri did a great job. I am just over the moon."

It was the Mercedes team's first one-two finish of the year and clear proof of their recovery after a disappointing weekend at last month's Monaco Grand Prix.

Bottas said: "As a team we really needed this one-two to get the points and I am very proud of this team and what they have done since Monaco... I knew what I had to do today."

Hamilton's win cut championship leader and four-time champion Sebastian Vettel's advantage to 12 points after the Ferrari man lost out at the start and, after an early pit stop for repairs, fought back to finish fourth.

Vettel's front wing was damaged when he was passed by Max Verstappen of Red Bull at the start, the Dutchman running in a strong second place until he retired with electrical problems after 11 laps.

Mexican Sergio Perez finished fifth after a bruising battle with his Force India team-mate Esteban Ocon of France, who was sixth.

Hamilton led cleanly off the grid as, behind him, Verstappen attacked and swept around the outside into Turn One to take second place from Vettel, apparently clipping the front wing of the Ferrari in the process.

Behind them, Sainz collided with Frenchman Romain Grosjean's Haas and then spun and crashed into the barriers, collecting Brazilian Felipe Massa's Williams along the way.

Both drivers were unhurt, but they were forced to retire as a Safety Car was deployed for three laps as the debris was cleared.

Hamilton made the most of the re-start and resisted another Verstappen attack before Vettel, his front wing clearly damaged, pitted for repairs.

The German rejoined at the back of the field -- exactly where Hamilton may have hoped -- and began his recovery drive by swiftly climbing to 17th.

On lap 11, the action was paused again when Verstappen pulled over and retired between Turns Two and Three, his engine having cut out. This saw a Virtual Safety Car (VSC) signalled until lap 14 when the racing resumed with the two Mercedes in control.

A mistake by Raikkonen let Vettel through to sixth and a chance to attack, which produced a thrilling battle as the Force India men, engaged in their own scrap, resisted.

Vettel finally claimed fifth when Ocon ran off at Turn One, after being blocked by Perez, and the German then ran off again himself and recovered.

With two laps to go, Vettel, a man inspired, passed Perez at the final chicane to snatch fourth.