Valtteri Bottas clocked a track record fastest lap of one minute and 25.093 seconds to outpace Lewis Hamilton by just 0.006 seconds. 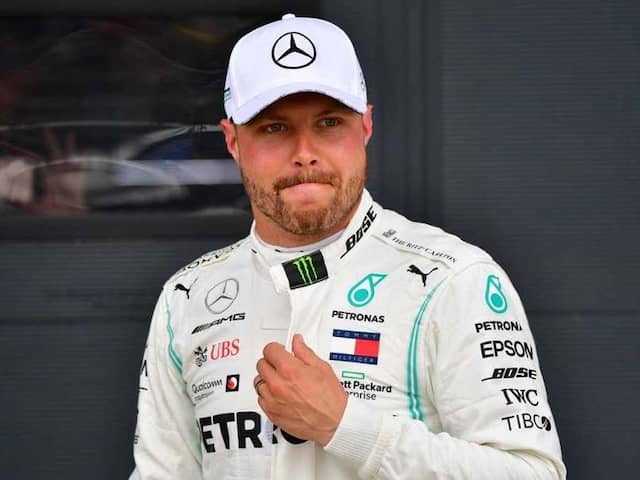 Valtteri Bottas upstaged his team-mate Lewis Hamilton on Saturday when he secured pole position as Mercedes locked out the front row of the grid for Sunday's British Grand Prix. The Finn, who is 31 points adrift of defending five-time champion Hamilton in this year's title race, clocked a track record fastest lap of one minute and 25.093 seconds to outpace the local hero by just 0.006 seconds. Charles Leclerc of Ferrari was third, 0.079 seconds adrift of Bottas, ahead of Max Verstappen and his Red Bull team-mate Pierre Gasly with four-time champion Sebastian Vettel sixth in the second Ferrari.

Australian Daniel Ricciardo was seventh for Renault ahead of British rookies Lando Norris of McLaren and Alex Albon of Toro Rosso. Nico Hulkenberg was 10th in the second Renault.

"It was really good and it reminds me of why we do this," said a smiling Bottas.

"It's been really close with Lewis all weekend and I am really happy to get such a good lap and pole."

Hamilton, who made two slight mistakes, said: "Congratulations to Valtteri - he did a really good job. It wasn't quite good enough... But this is the best Grand Prix of the year because of the energy this crowd and all these people bring."

Leclerc said: "I think Mercedes turned up the engine a little bit and they were so good in the corners, which we know we need to work on."

It was Mercedes' 64th front row lockout of the grid for a Grand Prix.