The 31-year-old Susie Wolff clocked only three laps in the opening minutes, producing a best time of one minute and 44.212 seconds before she pulled off and parked the car after an oil pressure warning. 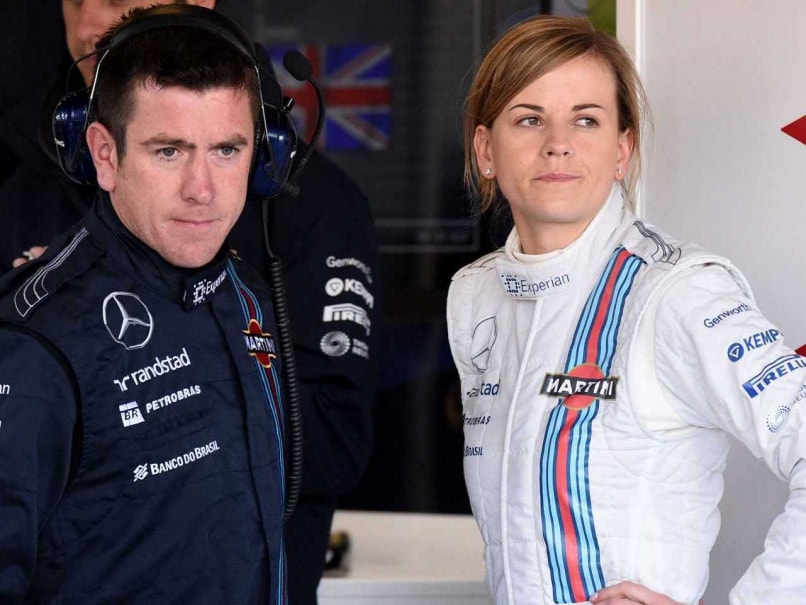 Susie Wolff's bid to make a mark as the first woman to take part in a Grand Prix weekend for 22 years ended prematurely on Friday when her Williams car suffered an engine failure.

The 31-year-old Scot clocked only three laps in the opening minutes, producing a best time of one minute and 44.212 seconds before she pulled off and parked the car after an oil pressure warning.

Within a few minutes, her Williams team-mate Brazilian Felipe Massa joined her on the sidelines after a spectacular accident that saw him rip the front left wheel off his car and damage the gearbox.

Massa was unhurt, but both cars were ruled out of action for the rest of the session.

Wolff returned to the pits - after her brief outing that ran for less than 20 minutes - to speak to her race engineer who told her: "The engine has gone... It's terminal."

Her disappointment was evident as she turned away.

She later told reporters that, though she was disappointed, it was the way of things in Formula One.

"I am so grateful to everyone for the support I have had here this weekend and now, at least, I have been out and got the first start out of the way.

"I can at least look forward to having another run at Hockenheim."

Comments
Topics mentioned in this article
British Grand Prix Williams Formula 1
Get the latest updates on ICC Women's Cricket World Cup 2022 and IPL 2022, check out the Schedule , Live Score and IPL Points Table. Like us on Facebook or follow us on Twitter for more sports updates. You can also download the NDTV Cricket app for Android or iOS.