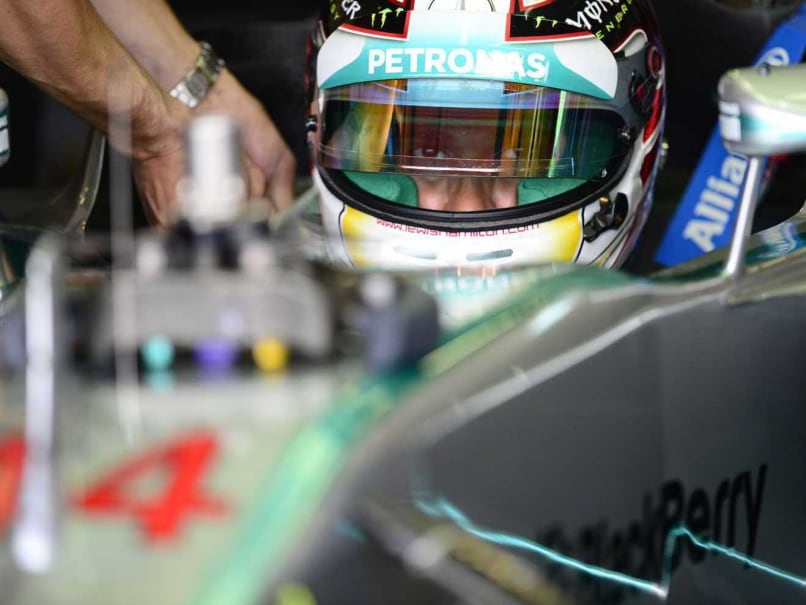 Lewis Hamilton topped the times ahead of Mercedes team-mate and series leader Nico Rosberg on Friday in second practice at the British Grand Prix.

But on a warm and windy day Hamilton then stopped on track with an engine problem that hit his preparations for Sunday's key race, which he has targeted for victory in a bid to reboot his title challenge.

Alonso was seven seconds down on the pace-setters, but ahead of the two Red Bulls of Australian Daniel Ricciardo and defending four time champion German Sebastian Vettel.

They were both more than a second behind on sheer one lap pace, but improved their overall pace on the long runs in the final stages of the long afternoon session.

Hamilton came to a halt on track with a serious engine problem an hour into the 90-minute session when he stopped out on the circuit. "Engine stopped," he told the team by radio. "Says engine kill, no shifting."

He managed only 14 completed laps compared to Rosberg's 35, but will have access to the championship leader's data after the session.

Rosberg leads Hamilton by 29 points in their personal duel for the title after eight of this year's 19 races.

Finn Valtteri Bottas was sixth fastest for Williams - having missed the morning session when his car was briefly run for just three laps by Susie Wolff, the first woman to take part in a Grand Prix for 22 years - ahead of Briton Jenson Button in the leading McLaren.

Rosberg had topped the times Friday morning ahead of Hamilton in an opening session in which the main focus was on the luckless 31-year-old Wolff.

The Scot at least became the first woman to take part in a Grand Prix weekend since 1992, even if she lasted only three laps before her engine failed - and only a few minutes later her Williams team-mate Brazilian Felipe Massa crashed out of the session.

Comments
Topics mentioned in this article
British Grand Prix Lewis Hamilton Mercedes Formula 1
Get the latest updates on ICC Women's Cricket World Cup 2022 and IPL 2022, check out the Schedule , Live Score and IPL Points Table. Like us on Facebook or follow us on Twitter for more sports updates. You can also download the NDTV Cricket app for Android or iOS.