The race helped Lewis Hamilton take another step towards his goal of a record-equalling seventh championship, and a much better-organised pre-race ceremony offered a clearer demonstration of the sport's proclaimed anti-racism stance. 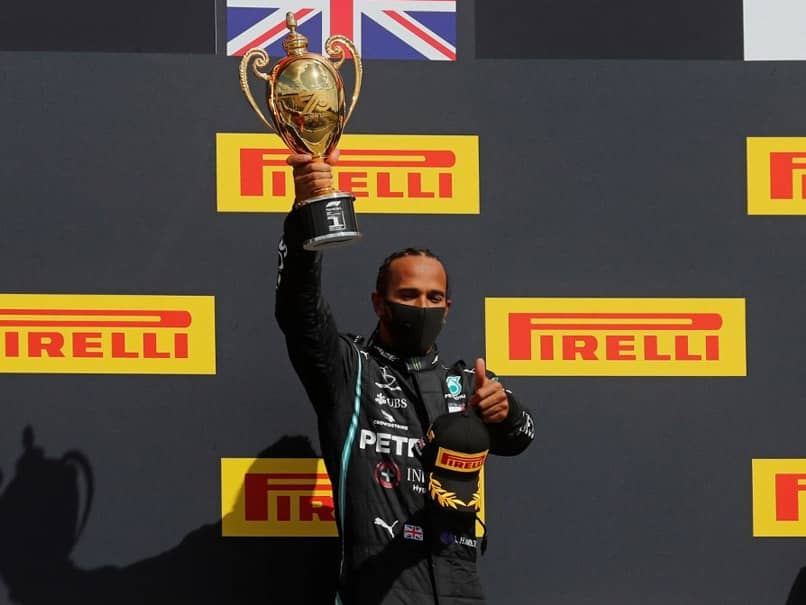 As the dust settled, world championship leader Lewis Hamilton reflected with some relief on two important successes after his dramatic three-wheel triumph in the British Grand Prix. His victory for Mercedes on Sunday lifted Hamilton 30 points clear of team-mate Valtteri Bottas in this year's title race. The race helped him take another step towards his goal of a record-equalling seventh championship, and a much better-organised pre-race ceremony offered a clearer demonstration of the sport's proclaimed anti-racism stance.

But his first thoughts Monday centered on what might have happened when his front left tyre laminated and disintegrated on the final lap.

"As the minutes go by I feel worse and worse when I think about what just happened," he said late Sunday evening.

"In the heat of the moment, the adrenaline is going, but if the tyre gave up in a high-speed corner, it would have been a much different picture so I feel incredibly grateful that it didn't..."

Hamilton's plight after his front left-tyre failed, leaving him running on three wheels while his car lurched and sparked on the surface of the circuit was, he said, with a heart-stopping experience.

"It was my survival instinct that came out and I was able to stay calm and really measured to bring the thing home," he said. "I've never known anything like that before."

On his final lap, a luxurious lead of more than 30 seconds was cut to only 5.8 as he reached the chequered flag ahead of Red Bull's Max Verstappen. The Dutchman was 28 seconds faster than Hamilton on the lap.

For team boss Toto Wolff, Hamilton's battle to survive and Bottas' identical problem two laps earlier, which forced him to pit from second and finish 11th, was proof that repeated warnings to his team to guard against complacency were justified, even though Mercedes had outclassed their opponents in the three season-opening races.

"I know that I get lots of criticism when I point out that black swan events happen, that once you think everything is smooth and you're just cruising into the sunset, these things can unfold," said Wolff.

"But we could have easily lost two cars today, been out of the points and then our points advantage would have vanished in a second. We may have had the fastest car at Silverstone, but come home with zero.

"The race isn't over until the flag drops."

Wolff added that the team did not know the exact cause of the punctures.

"It could have been debris," he said.

'Respect for each other'

Hamilton himself said he felt satisfied at the more organised anti-racism protest on the start-finish line before the race.

Seven drivers chose to stand while 13 took a knee, Kevin Magnussen of Haas joining the six who had stood at the season-opening Austrian Grand Prix before the chaotic and muddled displays at the second and third races.

"I am happy with what happened," said Hamilton, the sport's only black driver. "Formula One did a much, much better job after a lot of discussion last week about how we can come together and do it."

"I'm not going to tell you my opinion on whether or not everyone needs to kneel or not, but if you look at all the other sports....They are all doing it united.

"When the reasoning for not doing it is how you think it would be perceived in your country, all you have to do is look at other sports."

"But bit-by-bit I think we will just try to improve each other's understanding. I think the most important thing is the drivers continue to have respect for each other, which I think we do, and maybe there needs to be more conversation."

Red Bull Austrian Grand Prix
Get the latest updates on IPL 2021, IPL Points Table , IPL Schedule 2021 , live score . Like us on Facebook or follow us on Twitter for more sports updates. You can also download the NDTV Cricket app for Android or iOS.