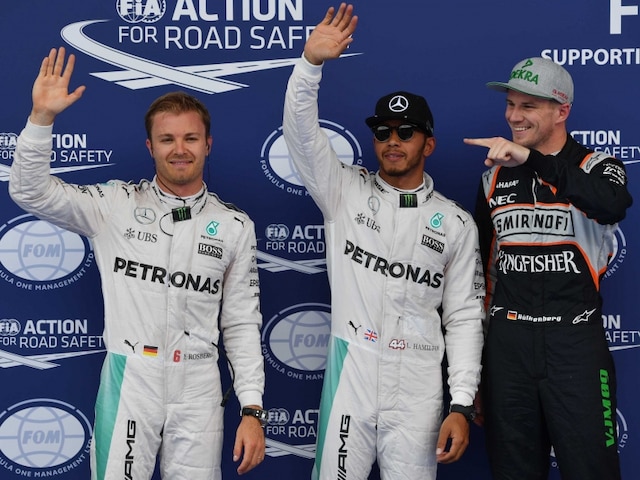 Nico Hulkenberg secured second spot on the grid, the best Qualifying slot of the season for Sahara Force India, for tomorrow's Austrian Grand Prix even as Sergio Perez slumped to 16th position.

Hulkenberg had qualified third behind Nico Rosberg but the Merecdes driver copped a gear box penalty that pushed the Force India driver to front row.

Force India has enjoyed only one Pole position in its Formula One history when Giancarlo Fisichella secured pole at 2009 Belgian Grand Prix and finished second.

Hulkenberg was under investigation for going too fast through a yellow flag in Q1 but the team was confident that stewards would not punish him.

Hulkenberg had secured a pole at the 2010 Brazilian Grand Prix when he was with Williams.

Perez, who stood on podium in the last race, suffered a suspension failure which compromised his qualifying.

Comments
Topics mentioned in this article
Force India Nico Hulkenberg Red Bull Ring Austrian Grand Prix Formula 1
Get the latest updates on IPL 2020, check out the IPL Schedule for 2020 and Indian Premier League (IPL) Cricket live score . Like us on Facebook or follow us on Twitter for more sports updates. You can also download the NDTV Cricket app for Android or iOS.